Dear Reader, we make this and other articles available for free online to serve those unable to afford or access the print edition of Monthly Review. If you read the magazine online and can afford a print subscription, we hope you will consider purchasing one. Please visit the MR store for subscription options. Thank you very much. —Eds.
Documents
by Rosa Luxemburg
(Nov 01, 2018)
Topics: Economic Theory Marxism Political Economy Places: Global 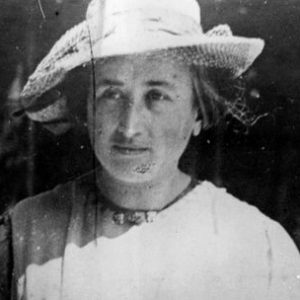 The excerpt is taken from Chapter III, “A Criticism of Smith’s Analysis,” in Rosa Luxemburg’s 1913 work, The Accumulation of Capital (New York: Monthly Review Press, 1951), 67–69.

Luxemburg explains that lacking a clear conception of the twofold distinction of the commodity, between use value and exchange value, classical political economy also necessarily lacked the distinction between concrete and abstract labor. There was a tendency therefore to perceive labor’s capacity to create value in a metaphysical way, as an inherent physiological quality innate to human beings. This induced Adam Smith to contend at one point in The Wealth of Nations that animal labor too created value—or at least enhanced the rent of the landlord—through a process of physiological exertion and the creation of a surplus beyond its reproductive needs. This view was later rejected by David Ricardo. Luxemburg indicated that Smith’s failure to understand the social character of value and his reversion to a physiological conception represented an outlook that had also plagued some of Marx’s early crude popularizers.

Today this discussion takes on added significance in light of the attempts by some on the left to postulate a physiological (or energetic) theory of value—as discussed by John Bellamy Foster and Paul Burkett in “Value Isn’t Everything” in this issue.

[Adam] Smith…did not differentiate the twofold character of value-creating labour.… Failure to differentiate between the two aspects of commodity-producing labour as concrete and useful labour on the one hand, and abstract and socially necessary labour on the other, indeed forms one of the most important characteristics of the theory of value as conceived not only by Smith but by all members of the classical school.

Disregarding all social consequences, classical economics recognized that human labour alone is the factor which creates value, and it worked out this theory to that degree of clarity which we meet in [David] Ricardo’s formulation. There is a fundamental distinction, however, between Marx’s theory of value and Ricardo’s, a distinction that has been misunderstood not only by bourgeois economists but also in most cases by the popularizers of Marx’s doctrine: Ricardo, conceiving as he did, of bourgeois economy in terms of natural law, believed also that the creation of value, too, is a natural property of human labour, of the specific and concrete labour of the individual human being.

This view is even more blatantly revealed in the writings of Adam Smith who for instance declares what he calls the “propensity to exchange” to be a quality peculiar to human nature, having looked for it in vain in animals, particularly in dogs. And although he doubted the existence of the propensity to exchange in animals, Smith [inconsistently] attributed to animal as well as human labour the faculty of creating value, especially when he occasionally relapses into the Physiocratic doctrine.

The labourers and labouring cattle, therefore, employed in agriculture, not only occasion, like the workmen in manufactures, the reproduction of value equal to their own consumption, or to the capital which employs them, together with its owner’s profits, they regularly occasion the reproduction of the rent of the landlord. (Adam Smith, The Wealth of Nations [New York: Modern Library, 1937], 344–45)

Smith’s belief that the creation of value is a direct physiological property of labour, a manifestation of the animal organism in man, finds its most vivid expression here. Just as the spider produces its web from its body, so labouring man produces value—labouring man pure and simple, every man who produces useful objects—because labouring man is by birth a producer of commodities in the same way human society is founded by nature on the exchange of commodities, and a commodity economy is the normal form of human economy.

It was left to Marx to recognise that a given value covers a definite social relationship which develops under definite historical conditions. Thus he came to discriminate between two aspects of commodity-producing labour: concrete individual labour and socially necessary labour. When this distinction is made, the solution of the money problem becomes clear also, as though a spotlight had been turned on it.

Marx had to establish a dynamic distinction in the course of history between the commodity producer and the labouring man, in order to distinguish the twin aspects of labour which appear static in bourgeois economy. He had to discover that the production of commodities is a definite historical form of social production before he could decipher the hieroglyphics of capitalist economy. In a word, Marx had to approach the problem with methods of deduction diametrically opposed to the classical school, he had in his approach to renounce the latter’s faith in the human and normal element in bourgeois production and to recognise their historical transience: he had to reverse the metaphysical deductions of the classics into their opposite, the dialectical.

View all posts by Rosa Luxemburg →

Renminbi: A Century of Change
Value Isn’t Everything