Dear Reader, we make this and other articles available for free online to serve those unable to afford or access the print edition of Monthly Review. If you read the magazine online and can afford a print subscription, we hope you will consider purchasing one. Please visit the MR store for subscription options. Thank you very much. —Eds.
Poetry
by Marge Piercy
(Jun 01, 2020)
Topics: Capitalism Political Economy Places: Americas United States 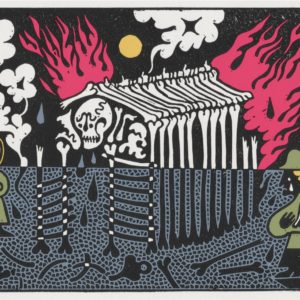 Buying [we’re called consumers: what do
we really consume?] things we don’t need
with money we don’t have. Credit cards
weren’t invented for our convenience.

That’s the American Way troops are sent
to defend in lands where we don’t know
their language, march through their
customs, bitch about their religions.

Most people now can’t even find Kansas
on a map; Afghanistan might as well
be on the moon or in some god’s hell.
Their corpses we see on television

lack faces as well as names. We
count our own dead but won’t allot
money to talk nightmares from brains
of those who made it out. Who can

remember a time when we weren’t
at war someplace? No one in power
cares that we haven’t won a war
in seventy years. Still we invade.

When the same mistake is made over
and over, it isn’t always stupidity. Some
times it means that every cooked-up
invasion earns some people billions.

Marge Piercy is the author of many books of poetry, most recently Made in Detroit.