Dear Reader, we make this and other articles available for free online to serve those unable to afford or access the print edition of Monthly Review. If you read the magazine online and can afford a print subscription, we hope you will consider purchasing one. Please visit the MR store for subscription options. Thank you very much. —Eds.
Introduction
by John Bellamy Foster
(Oct 01, 2020) 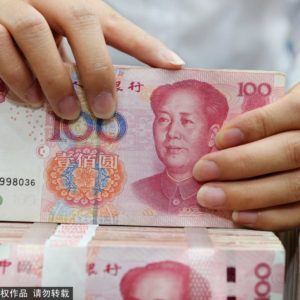 The history of capitalism has been punctuated by periodic struggles for hegemony over the world economy, leading to a centuries-long series of world wars.1 In the twenty-first century, all signs are pointing to another such period of hegemonic struggle, this time between the United States and China, although complicated in this case by the unique, indeterminate aspects of the post-revolutionary Chinese social formation, which is neither entirely capitalist nor entirely socialist. In the words of the influential president of the Council of Foreign Relations, Richard Haass, a key architect of the “Imperial America” strategy of the George W. Bush administration, writing in August 2020, the “chances of a second cold war [with China] are far higher than they were just months ago. Even worse, the chances of an actual war…are also greater.” Nor is there any real doubt in Haass’s mind about the cause, which he refers to as the inevitable “friction between established and rising powers.”2 The current U.S. trade war against China is explicitly designed to compel the multinational corporations in the triad of the United States/Canada, Europe, and Japan to remove the key production links in their global commodity chains from China and relocate them in low-wage countries subject to the dominant imperial sphere, such as India and Mexico, in an attempt to weaken China and reestablish unrivaled U.S. hegemony over the world economy.3

U.S. Secretary of State Michael Pompeo, voicing the current sentiments of the U.S. ruling class, referred in July 2020 to “the Chinese Communist Party’s [CCP] designs for hegemony” over the world economy, replacing the American Century with a “Chinese Century.” In the face of China’s rapid rise and what Pompeo calls “the China threat,” Washington and its allies are promoting what in foreign policy circles is called a hybrid war strategy of political, ideological, technological, and financial interventions, as well as stepped up military pressures, designed to slow down or even altogether halt China’s advance and to subordinate it once again to hegemonic U.S. power.4 U.S. criticisms of China have accelerated since the advent of COVID-19, with Donald Trump referring repeatedly to the “China virus,” with the general support of the media, a propaganda move that has succeeded in generating unfavorable views toward China among almost three quarters of the U.S. population.5

Rather than relying merely on one wing of the U.S. ruling class, this belligerent anti-China stance has now been adopted by both parties within the political duopoly. It is supported by numerous U.S. multinational corporations and wealthy interests that fear the consequences for their own global economic positions of waning U.S. imperial dominance associated with China’s rise. Many firms, confronted by high tariffs and growing economic uncertainty, are now seeking to relocate their production away from China.6 Naturally, some major multinational corporations, particularly in the high-tech sector, are concerned about the loss of access to the massive, lucrative Chinese market. Still, if there is any substantial sector of U.S. capital that opposes the current New Cold War against China, they have so far remained silent.

This general strategic shift away from China, designed to weaken it in order to restore U.S. unipolar dominance in the world economy, is coupled with one of the biggest U.S. military buildups in history, with the Trump administration requesting a $705 billion “defense” budget for the fiscal year 2021, directed explicitly against China and Russia.7 Washington’s focus on China is ideologically justified by the latter’s attempts to dominate the South China Sea (within its regional sphere of interest). But it has its deeper roots in what figures like Peter Navarro, in charge of U.S. trade policy in the Trump administration, openly refers to as coming hegemonic wars with China.8 In this context, attempts are being made by Washington to bring India firmly into a new Indo-Pacific alliance as a way of militarily constraining China.9

This shift in imperial grand strategy on the part of the U.S. hegemon is due to China’s spectacular economic leap forward—an economy growing at 6 percent annually doubles in size about every twelve years, while an economy growing at 2 percent doubles in size approximately every thirty-five years. Additionally, there are recent indications (see the lead article in this issue by Zhiming Long, Zhixuan Feng, Bangxi Li, and Rémy Herrera, “The U.S.-China Trade War”) that China has succeeded in diminishing the level of imperial rent that the West has continually exacted from it as the price of its growth, while simultaneously breaking through the technological monopoly of Western corporations. China has therefore emerged as a seemingly unstoppable economic superpower, now the second largest economy in the world, even if in many ways it is still a relatively poor country measured in income per capita.

How vulnerable is Beijing to the actions of the triad led by Washington? A strategy of so-called “containment,” or isolation of China, as in the Cold War years of the twentieth century, is no longer possible as Chinese production is integral to the entire global economy. As Pompeo says, “this isn’t about containment.… Communist China is already within our [economic] borders.” Rather, he indicates, the U.S. strategy is to defeat China in the New Cold War by breaking the hold of the CCP, which has been critical to China’s advance. Hence, Washington’s attacks on the Chinese economy are couched primarily as attacks on the CCP. The goal is to damage the Party’s credibility, exploiting its external and internal contradictions and weakening the Chinese state. This would allow the United States and global monopoly-finance capital to move in with the support of internal Chinese interests and restructure China’s state and economy in such a way as to ensure continuing U.S. (and Western) dominance—in a variation of the dismantling of the Soviet Union.10

Nevertheless, China presents enormous external and internal barriers standing in the way of this new imperial strategy. It is connected in a weblike fashion to the entire capitalist world economy. Beijing’s Belt and Road Initiative is expanding China’s global geopolitical position in ways that appear irreversible. Much, however, still depends on whether China in the future pursues a horizontal or a hierarchical-imperialist mode in relating to the countries of the Global South.

Even more important than external geopolitical relations in determining China’s future is the internal legacy of the Chinese revolution. The CCP retains strong support from the Chinese population. Moreover, despite the development of the various integuments of capital in China, a number of key strategic-economic variables, related to socialism, free it in part from the “antagonistic centrifugality” that accounts for capitalism’s “uncontrollability” as a system of social metabolic reproduction.11 The noncapitalist sector of the Chinese economy includes not just a large sector of state ownership, but also both state control of finance through state-owned banks and the continuing absence of the private ownership of land.

Substantial state ownership of basic infrastructure and finance has allowed for the continuation of economic planning in key areas, associated with a much higher rate of investment. At the same time, state ownership of banks has been the basis of China’s control of its currency and its ability to defend itself against the financial hegemony of the dollar (see Sit Tsui, Erebus Wong, Lau Kin Chi, and Wen Tiejun, “Toward Delinking,” in this issue).12 As Samir Amin argued shortly before his death, for China to remove state control of bank finance would be for it to disarm economically, simply handing over to the imperial center of world capital the very weapon with which the Chinese development model would be destroyed.13

Social ownership of land in China, which in the countryside is still partly managed collectively by village communities—though the current situation, following the introduction of the household responsibility system beginning in 1979, is a far cry from the earlier communal production—has contributed to the success of Chinese peasant agriculture, allowing it today to produce the food for 22 percent of the world’s populationon on 6 percent of the world’s arable land. Socialist land tenure is also the crucial context in which a renewed grassroots rural reconstruction movement is developing. The rural reconstruction movement (see the following papers on Chinese rural society in this issue, Lau Kin Chi, “Revisiting Collectivism and Rural Governance in China” and Sit Tsui and Yan Xiaohui, “Negotiating Debt”) is made possible by the noncapitalist foundations of much of rural Chinese society, leading to continuing popular struggle to secure collective needs. This has been strengthened since 2017 with the government’s rural revitalization strategy. Whatever claim China has to moving forward on its goal to forge an “ecological civilization” starts with such rural revitalization.

What then is the strategy of the Chinese leadership itself in this overall historical context today? Definite conclusions are not possible at this point. In the past, both collective land ownership and state ownership of the means of production, particularly major banks, have come under attack from the state and private interests, but ultimately have been defended. The Chinese economy is characterized to a considerable extent by widening inequality and growing financialization. It includes an enormous private sector in which migrant workers are exploited often at very extreme levels, as parts of global commodity chains linked to the Global North via multinational corporations. Ironically, it is China’s pivotal role in the global labor arbitrage benefiting generalized monopoly capital that is now under attack from capital in the center of the system, due to the threat this now represents to U.S. hegemony, forcing China to seek an alternative path.14

In this rapidly changing global situation, Chinese President Xi Jinping has recently emphasized the importance of reviving the role of Marxian political economy in China and the rejection of the neoliberal extremes of neoclassical economics in conjunction with the reassertion of the importance of state property and rural revitalization within the overall economy.15 All the signs are that China is seeking to defend the strategic noncapitalist elements of its system as a response to the growing hostility of imperial capital at the center of the world economy. China’s answer to COVID-19, employing the model of “people’s revolutionary war” as a way of encouraging the self-organization of the population in its localities, has been a resounding success, pointing to the internal solidity of the polity and the potential revolutionary protagonism of its people.16

In this complex context, the key element, we believe, is understanding China’s dynamic reality through critical Marxist analysis, and the recognition of the “mere possibility” in “historical time” of renewed radical, egalitarian change.17