Dear Reader, we make this and other articles available for free online to serve those unable to afford or access the print edition of Monthly Review. If you read the magazine online and can afford a print subscription, we hope you will consider purchasing one. Please visit the MR store for subscription options. Thank you very much. —Eds.
Documents
by Isador Nabi
(Oct 01, 2021)
Topics: Capitalism Ideology Marxism Philosophy Political Economy Places: Americas United States 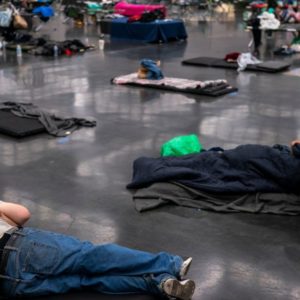 Isador Nabi is undoubtedly one of the most mysterious and controversial (some would say notorious) names in science today, whose always provocative papers have appeared in Nature, Science and Nature, Gene Watch, Monthly Review, and elsewhere. For further information on Nabi’s extraordinary career, see the Wikipedia article “Isadore Nabi” and the December 2007 issue of Monthly Review.

On March 31, Jack-the-Ripper’s birthday, the U.S. Congress passed the Market Oriented Murder and Mayhem Abatement Act of 2005, as an amendment to the No Child Left Act.

In the introduction to Section 171A of the First Amendment to this Act, it was determined that there will always be crime. The latest scientific evidence, as assembled by the Working Group on Malevolent Design, shows conclusively that the human hindbrain predisposes us to acts of violence, deceit, perfidy, aggression, insider trading, extortion, assault, and taking God’s name in vain that inhere in the Human Condition and cannot be eliminated without surgery. However, this should not be interpreted pessimistically. While violence cannot be eliminated, it can be contained within tolerable cost-effective bounds by the use of the same market forces that have contained pollution so effectively. Today, the U.S. Departments of Justice, Homeland Security, the U.S. Post Office, the Office of National Intelligence, the Fish and Wildlife Service, and some newly created but unspecified departments, dependencies, and agencies, announce to this By Invitation Only press conference held underneath the [location redacted for obvious reasons], the new MOMMA program, Market Oriented Murder and Mayhem Abatement.

Starting on July 4, and every week thereafter, one-year murder and mayhem vouchers will be distributed to the public at Motor Vehicle Registries and Faith-Based Community Service Offices. Distribution will be staggered so that the expiration dates will not coincide, in order to avoid creating a last-minute rush and promoting price instability. Each U.S. citizen above the age of 30 will be issued a number of vouchers entitling them to the commission of murders and/or mayhem, in denominations depending on past experience, geographic location, and number of X chromosomes as determined by the new FBI Cytogenetics and Nucleic Acid Laboratory Initiative (CANALI). Juvenile vouchers will be distributed through all schools that accept federal money. Legal persons who are not biological entities (corporations, gangs, and Unspecified Federal Organs [UFOs]) shall be issued their vouchers as determined by the Attorney General. Nonresident aliens will be issued vouchers only if they can show that they need them for work-related activities. Serial killers will require a letter from their primary care physicians explaining their need to taper off slowly. Easements may be granted to law enforcement officers in charge of crowd control at political demonstrations and to male persons at the discretion of the Family Court.

Policy will be to reduce the violence in cities where it exceeds Federal Tolerable Limits (500 percent of national average for the ethnicity involved) and to bring dull, peaceful communities up toward national standards. As a Harvard president once said, “Some places are just under-crimed.” Recipients are free to trade their murder and mayhem rights, and the district attorneys may enter the market to buy back vouchers at their discretion to enhance price stability.

In order to commit murder or mayhem under this program, vouchers must be submitted within one week prior to the actions contemplated or within a month afterward. Persons who commit violent acts without valid vouchers will be asked to enter into Voluntary Consent Agreements to desist from unauthorized murder or mayhem, and up to one tenth of any ill-gotten gains will be donated voluntarily to the charity of their choice, without any implication of admission of guilt.

In lieu of questions from the press corps, I ask any who have expressed or unexpressed misgivings about this program, to recall that vouchers don’t kill people, people kill people. Let MOMMA take care of your community.

Isador Nabi is widely believed to have emerged from the swamps of southern Vermont some time in the 1970s. The first written record of him was a short-lived biography in American Men of Science. Then he seems to have dissolved. But it is said that he is a sort of academic Golem and that whenever greed, obscurantism, careerism, reductionism, and opportunism afflict science, that is, most of the time, he condenses again out of hypothetico-deductive dust in some obscure vault in that library where they bury unread dissertations, and he lurks in and around academia spending his rage in jest. An unsuccessful obituary appeared in Nature in 1981. Since then, he has been nominated (by himself) eleven times for the Grammy and his works have been retranslated into English from 116 foreign languages that didn’t want them.

View all posts by Isador Nabi →