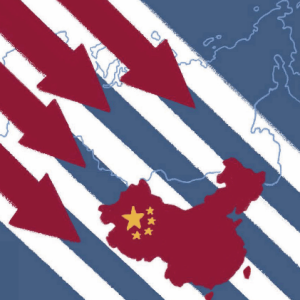 We have witnessed a notable escalation in the new cold war pursued by Nato and its allies against Russia and China in 2022.

The US government has vetoed all attempts to secure a diplomatic solution to the conflict with Russia over Nato expansion, resulting in the war in Ukraine. Further, the Biden administration has increased the threat to China: on four occasions he has stated the US would come to Taiwan’s military aid against the Chinese government. The transition to a “hot war” against Russia has begun, at least by proxy in Ukraine.

John Bellamy Foster’s contribution, “Notes on Extremism for the Twenty-First-Century Ecology and Peace Movements,” is a chilling account of the development of US nuclear strategy.

Carefully, he explains the shift in strategic thinking inside US governing circles. In the period before the end of the first cold war, the consensus was that the relative balance in nuclear weaponry meant that the US could not guarantee a victory in a nuclear war with the USSR.

Instead, the likely outcome of Mutually Assured Destruction (MAD) meant that a minimalist strategy predominated where the US had an ineffective technical edge in a deadlocked balance.

With the destruction of the USSR the balance shifted in favour of US imperialism. The economic collapse of Russia and the former USSR republics meant that the project of achieving nuclear “primacy” over Russia seemed feasible. The only state with comparable nuclear capacity had been destroyed and the technical renewal of missiles to the level of those of the US and its Nato partners seemed unlikely.

Foster writes, “…the New World Order came to be defined by both the enlargement of Nato, with Ukraine seen as the ultimate geopolitical and strategic pivot, and by the US pursuit of a maximalist goal of absolute nuclear dominance and first strike capability.”

In this context we can understand the eastward expansion of Nato from Bill Clinton to Joe Biden; the Maidan coup and promotion of an anti-Russian government in Ukraine; and the refusal to offer Russia security guarantees last year or peace negotiations this year.

Deborah Veneziale’s essay “Who Is Leading the US to War” opens up the formation of US policy by examining the make-up and funding of the US foreign policy elite. After the destruction of the USSR, this elite became dominated by the aim to establish a “permanent unipolar position” for US imperialism.

Her analysis demonstrates that the two bourgeois parties have essentially complementary approaches. She writes: “Although Republicans and Democrats have historically developed their own policy and advocacy institutions, it is a misconception to think that they have distinct approaches to foreign policy strategy.

“In reality, behind the White House and Congress, a bipartisan policy planning network consisting of non-profit foundations, universities, think tanks, research groups, and other institutions collectively shape the agendas of corporations and capitalists into policy proposals and reports.”

Currently, in this network, debates are taking place on the “tactical” use of nuclear weapons. The bipartisan character of this process means that the preparation for a potential war and economic decoupling with China has proceeded as certainly under Biden as it did under Donald Trump. This belligerence is further reinforced by the absorption of former politicians and military leaders into sinecures for the military-industrial complex.

John Ross’s essay, “What is Propelling the US into Increasing International Military Aggression,” examines the relative decline of the US in the global economy. This underpins the process where the US has moved from attacking non-nuclear states with weaker armed forces such as Serbia, Afghanistan, Iraq and Libya to a proxy war against Russia with its large military force and enormous nuclear arsenal.

In explanation, Ross points to the US’s military preponderance over those it is losing out to economically. He references Lenin’s famous words “politics must take precedence over economics, that is the ABC of Marxism.”

Hence US imperialism is trying to use state power to overturn what it cannot achieve by peaceful economic competition. Thus, the sharp turn in the international situation.

US imperialism is attempting to weaken Russia in order to further isolate China and render it also vulnerable to US nuclear primacy.

Whether this can succeed is questionable, as Vijay Prashad noted in his introduction: “What is striking about the posture of the US is that it seeks to prevent a historical process that seems inevitable, which is the process of Eurasian integration.” However, the danger could not be greater.

It is not possible, in a short review, to do justice to the research and analysis within these contributions. But the relevance for the socialist movement in Britain, and elsewhere, is clear.

The 2022 Labour Party conference passed a motion committed to increasing military production, supporting the proxy war on Russia, while the leadership committed itself to sanctions against China. The only delegate who spoke in the debate against the policy was suspended from the party the next day.

It is a key task for activists to find a way through the bipartisan consensus for imperialist war that prevails in Britain as strongly as in the US. This report is an important resource for activists seeking a way out of Nato’s death grip.

Read the full review at The Morning Star