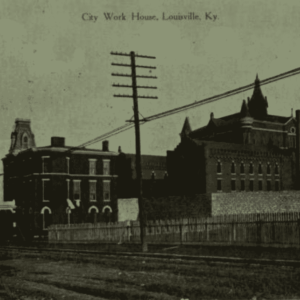 Weaving together tales of the author’s (probable) ancestors with historical evidence and theories of power and punishment, Pem Davidson Buck’s The Punishment Monopoly is a thought-provoking examination of how the United States, a nation-state that purportedly advances freedom and equality, has centralized oppression and domination in ways that secure the lives and livelihoods of an elite few. Utilizing primary documents and ancestor tales from White settlers, enslaved and freed African populations, and Native groups, Buck links the centrality of coercion and dispossession in the historical construction of the state as such to contemporary issues such as mass incarceration and the privatization of prisons.

The Punishment Monopoly explores the function of land as a means of production and site for the social construction of power, paying attention to the racial and gendered dimensions of land ownership and the authority it confers to punish nonelites.

Buck builds upon theoretical contributions from a variety of scholars including Michel Foucault (1977) and Charles Tilly (1985) to argue that accumulation by dispossession (cf. Harvey 2003) was strategically constructed and enforced as an everyday form of violence by both religion and the state via moral, emotional, social, economic, and physical punishment. According to Buck, “the state must punish to be a state, and, bottom line, this is what states and the force they control are for— to protect the ability of the few to set people up so that they have little choice but to hand over to them the value of the work they do” (p. 14).

In Weberian fashion, Buck defines the state as that institution that has “the legitimate right to exert force both in relation to its borders and in relation to its inhabitants” (p. 17), often in strikingly visible ways (e.g., hanging) but also in ways that are rendered invisible to elites (e.g., collusion with religious authorities to shape gendered dimensions of work). Buck reveals how subaltern populations are cast in the role of enemies who exist as “a dangerous cancer in the body politic, gnawing away at the health of the community from within” (p. 197). The foundation is thus laid for the state’s punishment of transgression, culminating in dispossession and the shift toward wage labor—developments that affect not only women and poor White settlers, but also enslaved and Native peoples.

Where she can muster historical evidence, Buck utilizes her own family lineage to trace these developments in several locations across the United States. For example, she highlights the evolution of colonial-era land ownership in Virginia from a regime based on sustenance and the production of goods to another based on private property as a driving force for accumulation by dispossession. Access to “patent land,” for which small farmers could pay a one-time fee, was eliminated, and annual quit-rent payments to the Crown introduced. With the elimination of patent land opportunities, according to Buck, White settlers were only able to acquire property by purchase. The lands available to them were typically located on the fringes of colonial territories and inhabited by Indigenous peoples, meaning that they were deemed “unsafe.” Land that was “safe,” however, “was now thoroughly subject to the dictates of capitalism” (p. 147).

A second driver of accumulation by dispossession, in Buck’s analysis, was the need for exploitable workforces. The creation of populations who had no choice but to work—or an extremely constrained set of choices—was obligatory in order to consolidate state power. Over time, the right to punish individuals for transgressions was moved from local levels to a more distant state, transforming the intersectional experiences of those being punished.

Throughout the text, Buck provides historical evidence—although the precision of the evidence she marshals varies—attesting to the gendered and racial dimensions of dispossession. In the early 1800s, White settler women, under pressure from the state and religious teachings, aligned themselves with a Cult of Domesticity, accepting their “moral and spiritual superiority over men in exchange for dispossession and coverture” (p. 232). Notions of masculinity, previously defined by landownership and control over the means of production, were reframed such that “a man could be an honorable householder and still be dispossessed of land,” meaning that masculinity came to be defined by the mere “owner[ship] of possessions” (p. 232). Within such a regime, women were punished for transgression through spectacular displays of violence and terror (e.g., witch trials) and sanctioned for their families’ transgressions. White men were increasingly sent to penitentiaries, which became sites for the production of goods.

Meanwhile, so-called civilization projects targeting Native peoples also sought to relegate Indigenous women to what the settler-colonial state considered appropriate roles within a gendered division of labor. For example, Cherokee women were instructed to relinquish their central role in family food production and to “become dependent on men who would provide them with food and shelter . . . They would have no independent access to the means of production” (p. 213–14).

Emerging administrative apparatuses of punishment are discussed in the book’s final chapter, linking historical patterns of state formation, power, and control to contemporary issues. How much care or control individuals receive from the state is argued to vary based on their willingness to perform compliance. In the eighteenth century, for example, early European settlements in Kentucky reformed their penal codes such that minor offenses would no longer result in hanging. Instead, White folks in conflict with the law “were to be put to work, and their work was to profit the state” (p. 252), while the enslaved were subjected to punishment by their “owners” or church leaders. Kentucky’s first penitentiary opened in 1800 and was a visible reminder of the state’s power to determine who would live an “unfree life” (p. 254) and for how long. While the state’s care may be administered publicly, coercion can be insidious, masked in everyday forms of violence (cf. Scheper-Hughes 1993) that allow the state to maintain its legitimacy. Such violence is hidden behind the ruse of law and order but comes to constitute a “shadow carceral state” (Beckett and Murakawa 2012), whereby control and coercion are multiplied through civil and administrative means.

But this is not the point of the book. Instead, using possible ancestral lines as a basis for inquiry, the author explores the potentialities of her family history through known facts about dimensions of power and inequality in the sociopolitical and economic landscapes of the times. Yet the text leaves me with lingering questions about how the nature of state power led to elite technologies hindering poor people’s access to the means of production. What particular roles, for instance, did an increasing number of bureaucratic hurdles, title and deed requirements, and land-use policies play over time?

The The Punishment Monopoly is appropriate for a range of audiences, from upper-level undergraduates learning about coercive labor and punishment to criminal justice activists to researchers tracing histories of punishment and labor. A sweeping tale told from the 1600s to the present day, Buck’s work is beautifully rendered in accessible prose as it stitches together primary documents with theoretical arguments to the tell the story of state formation, punishment regimes, and the landscape of work in the United States. 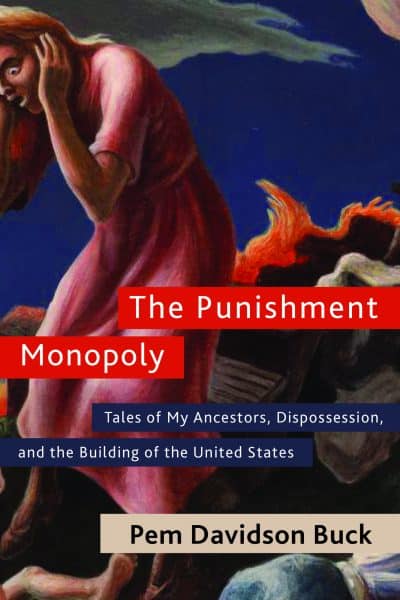 WATCH: Hosted by The People’s Forum, MR’s first live, in-person book launch in years!
Listen: Communes, the rural and the urban, and the shadows of bureaucratization (Authors of “Venezuela, The Present as Struggle” on Cosmonaut)