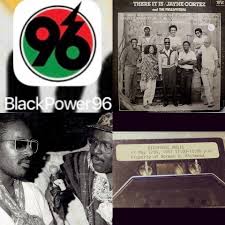 Every Sunday, 2pm-4pm Eastern time, Norman “Otis” Richmond (aka Jalali) and Malinda Francis (aka Mali Docuvixen) cohost Diasporic Music on 96.3fm. Their last show included historian Gerald Horne, author, most recently, of The Dawning of the Apocalypse. Their wide-ranging conversation includes fires on the West Coast, Kamala Harris, Malcolm X, George Jackson, and an oncoming U.S. fascism. Horne talks about the 1973 Chilean coup and “what folks on the left don’t seem to understand… If you’re living in a settler-colonialist society — which is virtually all of the Americas — the seeds of fascism have been implanted because of the violent uprooting of the Indigenous population that helps to create a culture of mega-violence… They really drank the kool-aid with regard this idea of the United States being this democracy with a sturdy constitution…”