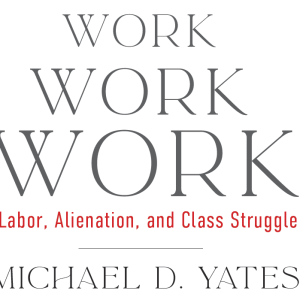 In MR Conversations: Work Work Work, Monthly Review Press editor Michael D. Yates speaks with sociologist Intan Suwandi about approaches to accessible labor education, starting with an affirmation of what all workers know to be true: “Work is hell!” Yates and Suwandi go into what it is that workers most need to know about why that is, in this discussion of Yates’ new book: Work Work Work: Labor, Alienation and Class Struggle.

In both of their books, Work Work Work, and Value Chains, Yates and Suwandi emphasize Harry Braverman’s concept of the “mechanisms of control” employed within a system of capitalist scientific management. In this discussion, they break down current-day mechanisms of control, such as:

Watch below to understand for yourselves:

MICHAEL D. YATES: For many years, Michael D. Yates taught working people in labor education programs throughout the United States, seeking to teach, speak, and write for and with the working class and not just about it. He has helped organize labor unions and has written extensively about them. Apart from this title his most recent book is Can the Working Class Change the World? (Monthly Review Press)

From The Introduction to Work Work Work:
Labor, Alienation and Class Struggle…

When I became a teacher, it was soon apparent that I could not in good conscience teach what I had been taught. Of what relevance could a theory based upon the self-centered choices of autonomous individuals be to the daughters and sons of factory workers, which many of my students were? These first-generation college kids were on campus because of the collective actions of their parents and grandparents, who challenged the steel companies, coal mine operators, and assorted other business bigshots to form unions and win the standards of living that made sending their children to college possible….

To be a good teacher, you cannot simply repeat what you were taught, as if it is self-evident. You have to understand it so that you can make others grasp it, and you must be able to deal with questions from students, no matter how easy you think the material is to comprehend. Right away, in my first classes, I was struck by how ridiculous some of the precepts of mainstream economics were and how hidden the assumptions behind them. Students often say that economics is either inordinately boring or that it is too difficult. By the looks on their faces as I lectured mechanically about “supply and demand,” “equilibrium prices,” “constrained choice,” the “production possibilities curve,” and the tradeoff between “work and leisure,” I was both boring them and speaking gibberish. Something had to be done….

These essays give the lie to what we might call work myths. First, workplaces are not happy places, and the bosses and the workers do not have much in common. Whether it be in auto plants, banks, fast-food joints, hospitals, post offices, or public schools, work is something to be endured, for the money, period. Surveys sometimes tell us that people are satisfied with their jobs. But satisfied compared to what? The lack of a job? An unknown alternative? I have been teaching union workers for years, and it is always the same story. You get pushed around; you count for little; your hours are long, your pay is low, and at any time, you might get put out on the street, just like the trash. True, auto workers made good money, bought houses, cars, and boats; went on vacation; and sent their kids to school. Yet their work took some of the shine from the money, and today this “good life” is gone, lost in the tidal wave of plant closings and union-busting. A lot of people ended up selling rabbits, humping at Taco Bell, or peddling Amway products…

The consciousness that does develop is of the “us versus you” variety….(taking) a negative pride in the very meaninglessness of the work they do and dislike those who don’t or won’t or can’t stand up to it; a kind of self-hatred turned into contempt for outsiders. My auto worker students love to bait me, but often in a wholly negative way. Who am I to talk about work? Who am I to criticize GM? (!) While I was in college, they were in Vietnam. Aren’t teachers overpaid? I do not know what it is like to work the line. But I do know why economic depressions occur, why there is so much poverty, what Keynesian policies are, how the Federal Reserve works, why free trade agreements stink, and so on, and they do not know these and a lot of other things. Many of them believe that the media cause depressions, that welfare is the root of all evils, that the trouble with sports is that there are too many Black players, that the Japanese are innately evil. I slog on, but there is more work to be done than radicals might think.

….In the old plants, the union made it hard to fire workers and made it possible for them to resist and sometimes to defeat the worst management abuses. But since the radicals were expelled long ago, it has not stood for anything except higher pay and some job security, and today it cannot deliver these… Maybe the unions have failed so utterly to create a working-class ideology that would force workers to ask the right questions and struggle toward the answers that it is no longer possible to imagine a new world. No doubt radicals have failed workers too, either ignoring them for the pleasures of theoretical debate or trying to become one of them so hard that they forgot that work in this society destroys the human spirit.

If we are ever to liberate ourselves, we must reinvent work. Either we will convert the daily hell that is work today into something that connects us to other people and the world around us, or we will descend further into the alienation engulfing us….

You can also read an edited portion of Chapter 5: Panopticon, published in Monthly Review Magazine on June 1 2022. 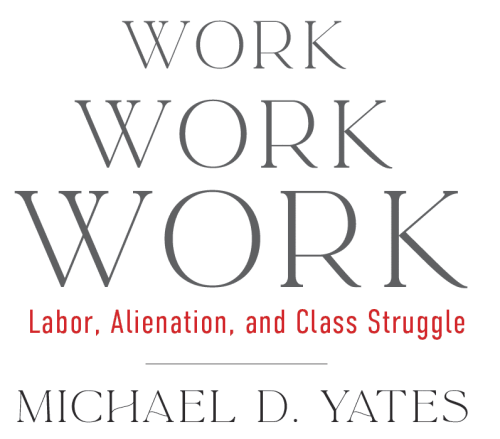