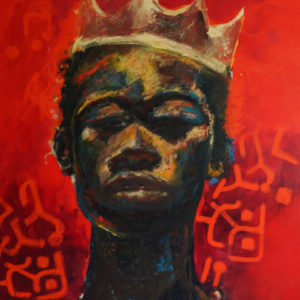 Whether in his books or during interviews, several-time Monthly Review author Gerald Horne always engages with a range of topics, from colonialism, to jazz, to boxing, to (next up) Myanmar. In this interview with Conscious Mindset, he ranges the gamut. From the reasons for the retreat of the English from enslaving Africans (around 15:45), to the debt owed to the Haitian Revolution and the documentation of historians like W.E.B. Dubois (17:00), to Lone Star slave state efforts at secession (around 19:00), to the background to Juneteenth (around 23:00), to Black Wall Street and the Tulsa Massacre of 1921 (around 30:00), to the enclaves of Black people that freed themselves from slavery and headed to Brazil (around 33:00), to the Yankee overthrow of Hawaii’s rulers during America’s efforts to extend slavery and impose Jim Crow to the Pacific, to settler colonialism here and in Palestine (around 41:30), he goes deep, in every direction, revealing the interconnectedness of all his topics as he goes (all the way up to 1:20:00).

One main thread runs through every aspect of every story: Stories of Black rebellion and resistance. When Horne tells of Texas’ efforts to secede and the impact of the arsons of 1860, allegedly set by slaves, he comments,

Our enemies are the ones who put out the rumor that we’re docile, because they want us to be docile today.

That’s fallacious, he says. “Arsons were one of our favorite tools. Arson, poisonings, insurrections, murders.” And in fact, during the Madison administration, Africans actually joined the British in torching the White House in 1814, sending James and Dolly fleeing.

Dive into the full story below or at Conscious Mindset

Gerald Horne: Against Left-Wing White Nationalism (Organizing Upgrade)
The fragmentation of Palestinian society, the ripping of the Israeli social fabric: “The Arabs in Israel,” by Sabri Jiryis