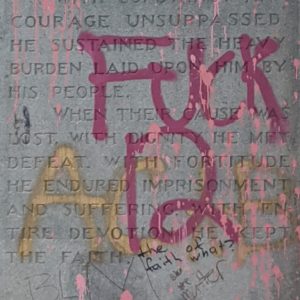 Summer 2020, a confederate monument in Richmond, VA inspired this commentary, a play on the police radio code “10-12”

Just after the conviction of the cop Derek Chauvin for the murder of George Floyd, Paul Jay of “The Analysis” wondered aloud: “On Tuesday (April 20, 2021), Derek Chauvin was found guilty of all three charges of unintentional second-degree murder, third-degree murder, and second-degree manslaughter, his killing of George Floyd was found by the jury to be a murder. Why was he on the police force? That’s the question I’m left with.” And he began to answer his own question:

“….Police forces act as a buffer between people who own stuff and people who don’t. They enforce laws that defend the property of the rich and perpetuate chronic poverty that creates a pool of cheap labor.

They act to contain the violence and social despair that are the consequences of this poverty and make sure that it doesn’t enter the neighborhoods of mostly white and better-off people. Racist police culture is based on a broader American culture with roots and slave society. You must dehumanize those who you exploit the most. Chauvin may have been a bad apple, but the police barrel of apples is deliberately stocked with such rot. We should also not forget he was born into a society and culture that shaped him.”

Who did Jay turn to get to the heart of this nightmare, but the researcher, commentator and prolific writer, Professor Gerald Horne. And Horne went deep, very deep, as the historian is wont to do, into the roots of this situation, with which Black people in particular have long contended:

“…Joseph R. Biden is probably not aware of the history, that’s why he’s unable to unpack it, and…there is a certain property interest in the construction of whiteness. That is to say, those thousands of young American men in Dixie who from 1861 to 1865, fought and died to perpetuate the enslavement of Africans. Some of them, of course, were fighting to perpetuate a system that was helping to keep alive a form of unpaid labor that could then drag down their wages and living conditions, but it’s more than just false consciousness.

I think once again, it goes back to the origins of society. Sadly enough, even in the vocabularies of those who consider themselves to be radical, the elementary term settler colonialism is generally absent, but if you go back and look at settler colonialism, particularly in the Anglosphere, if you go back to, say, the 1580s in what is now North Carolina, you’ll see that the original settlers were from various class backgrounds, goldsmiths, merchants, teachers, etc, and they were sponsored by what you might colloquially call the one percent in London.

The bargain was that if they worked together, they could expropriate the land from the Native Americans and accomplish what came to be called the American Dream, and with a little luck and a lot of pluck, they could then somehow down the road gain free labor from enslaved Africans, and so there was a sort of corrupt bargain at the onset of what is now the United States of America, what was in the beginning, a kind of English colonialism, English settler colonialism at that.

And still to this very day, you have this kind of class collaboration between some of the ninety-nine percent and some of the one percent. How else can you explain how and why a faux billionaire, Donald J. Trump in November 2020, received almost seventy-five million votes? It seems to me that a combination of analyzing white supremacy and class collaboration is the way to come to some sort of answer to that troubling question, but once again, I don’t necessarily expect the advisers at the White House to do that sort of analysis.

Otherwise, they’d be hauled before a congressional committee and asked where they’re getting their talking points from….” 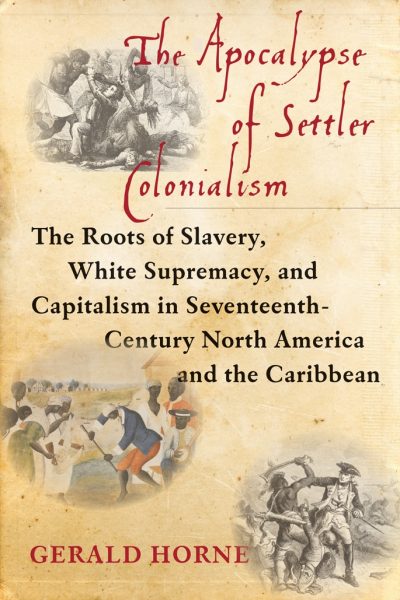