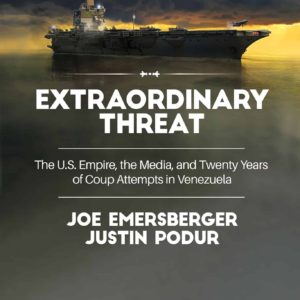 MR Conversations is a new, live, online series, launched July 8th with the latest book from MR Press: Extraordinary Threat: The U.S. Empire, the Media, and Twenty Years of Coup Attempts in Venezuela.

Watch below to see a recording of Joe Emersberger and Justin Podur as they delve into their book in conversation with Maria Paez and Greg Wilpert. Together they elucidate some answers to the critical questions:

What is the nature of Venezuela’s government under Maduro?

Are Venezuela’s problems due to misgovernment, or U.S. interference?

What would happen if Venezuela fell to U.S. imperialism?

How has the U.S. been able to get away with this?

Following the event, the authors got together to answer more of the audience’s questions, and you can find their entertaining post-chat, by clicking here.

The coauthors:
Joe Emersberger is an engineer, writer, and activist based in Canada. His writing, focused on the Western media’s coverage of the Americas, can be found on FAIR.org, CounterPunch.org, TheCanary.co, Telesur English, and ZComm.org.
Justin Podur is Associate Professor at the Faculty of Environmental and Urban Change at York University. He is the author of Haiti’s New Dictatorship, Siegebreakers, and America’s Wars on Democracy in Rwanda and the DR Congo.

Their guests:
Maria Páez Victor is a Venezuelan born sociologist who produces the only radio program exclusively on Venezuela in Canada on the Spanish language radio station of Toronto. She taught for several years at the University of Toronto, and then held senior level positions in the Toronto health system, energy system, Law Society and the Ontario Legislature. She is a founder of the Louis Riel Bolivarian Circle and of the Canadian, Latin American and Caribbean Policy Centre.
Greg Wilpert is a German-American sociologist and journalist who lived in Venezuela between 2000 and 2008 and has written extensively about it. He is co-founder of the website Venezuelanalysis.com and director of the teleSUR English website. Currently he works as deputy editor at the Institute for New Economic Thinking.

Perhaps you’re familiar with the reference to which the title refers…..

In 2015, President Obama declared the situation in Venezuela an “unusual and extraordinary threat” to U.S. national security and foreign policy, proclaimed a “national emergency,” and slammed sanctions against Venezuela. As the U.S. government repeats this claim annually, tens of thousands of Venezuelans continue to die due to ever-tightening U.S. sanctions which daily deny people access to food, medicine, and fuel. On top of this, Venezuela has, since 2002, been subjected to six coup attempts by U.S.-backed forces. In their solidly-sourced book, Extraordinary Threat: The U.S. Empire, the Media, and Twenty Years of Coup Attempts in Venezuela, Joe Emersberger and Justin Podur demonstrate the opposite: It is in fact U.S. policy that constitutes an “extraordinary threat” to Venezuelans.

Taking Venezuela as a case study, how does regime change propaganda work? 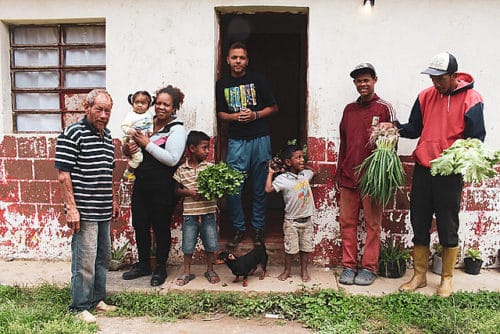 From Chapter 3 of Extraordinary Threat:

….In March 2020, the United States began imposing sanctions on foreign firms that trade with Venezuela. It also announced a Wild West-style bounty on the head of Maduro and other officials, based on drug trafficking allegations that were transparently political in nature—and in some instances, totally preposterous. For example, it was alleged that Maduro’s government intended to “flood” the United States with cocaine. This claim, no matter how unhinged, was consistent with the officially declared U.S. “national emergency” that said that Venezuela was an “extraordinary threat” to the United States: a clear example of the aggressor demanding victim status…. 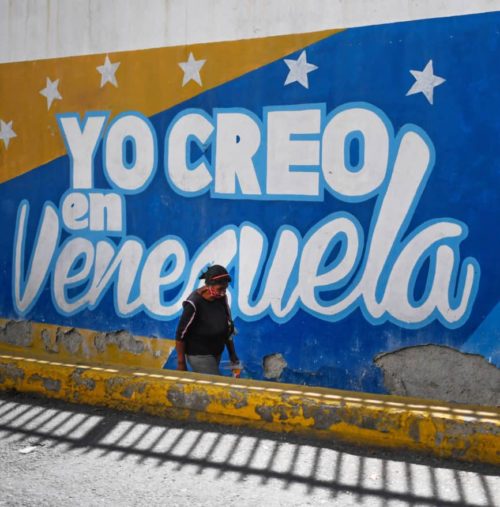 …As 2020 came to a close, the United States seemed unwilling to declare an end to the Guaidó era any time soon—the very long attempt to oust Maduro through threats, appeals to the Venezuelan military to perpetrate a coup, and, worst of all, constantly escalating economic warfare. The lack of opposition to this prolonged coup attempt where it would be most effective—in Western governments, media, and prominent nonprofits—has proven lethal. The empire centered in Washington is an extraordinary threat to the world.

CLAIM YOUR COPY OF EXTRAORDINARY THREAT: The U.S. Empire, the Media, and Twenty Years of Coup Attempts in Venezuela. 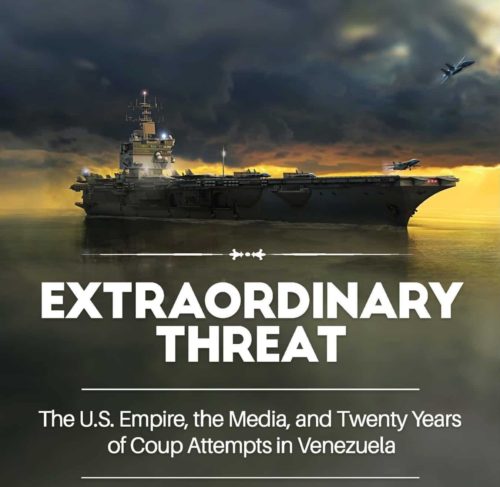