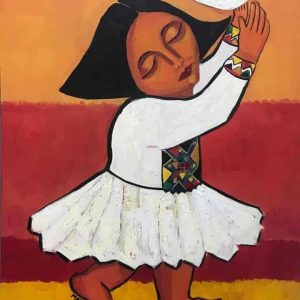 Art: Malak Mattar, "Last scene before flying with the dove"

Reviewed by Inez Hedges for Socialism and Democracy

Anyone who has organized a public event to highlight the situation of Palestinians today has encountered the objection of Zionists who complain that any such event fails to present “both sides of the issue.” Here is, finally, a book that does that brilliantly. The first two personal testimonials, one from a Palestinian whose family was dispossessed in 1948, and another from the descendant of Jewish Holocaust survivors, set the stage for the book’s basic question: how can a people that has suffered persecution become a persecutor in turn? The Israeli writer casts a candid eye on the conditioning she received since childhood and then describes her gradual awakening to the idea that Jewish suffering is not unique, and that the Israeli State has inflicted on Palestinians some of the same persecution her own family experienced in the past. Both essays are placed within the book’s first (and longest) section on “Displacement and Memory,” in which a succession of writers, alternately Jewish and Palestinian, describe the trauma of their families as, on the one hand, Holocaust survivors, and, on the other, victims of the Nakba, Palestinians driven off their lands in 1948 to make way for Jewish settlers. These twin experiences of exile are summed up in one writer’s poignant phrase: “Palestinians are the Jews of the Arab world” (96).
Many of the Jewish writers describe their gradual overcoming of the education they received, one that celebrated ethno-nationalist Zionism with its claim to exclusive Jewish rights to the land in Israel. Instead, they have turned to “reclaiming the humanitarian and progressive politics and values to which Jews have historically adhered” (103). One writer, the son of leftist, anti-occupation Jewish activists who nonetheless supported the idea of Israel as a Jewish state rather than “a state for all its citizens” remarks: “Zionism, for me, was a mental prison” (105).

A second section titled “Wrestling with Identity” includes personal statements ranging from a Palestinian mother’s description of the discrimination she faces in both the United States and Israel, to a young Jewish woman’s expression of her “consuming anger and sadness at the way my own family’s history of oppression had now been co-opted to justify Israel’s human rights abuses” (119). In an essay titled “From a Zionist’s Son to a JVP [Jewish Voice for Peace] Activist,” a young man describes a turning point during a visit to Hebron where he witnessed Jewish settlers throwing feces and refuse on Palestinian markets.

In another section titled “Questioning Power,” Rosalind Petchesky, Distinguished Professor Emerita of Political Science at Hunter College and the CUNY Graduate Center, describes how, during her first trip to Israel as a student in 1959, the US Civil Rights movement influenced her perception of Palestinian oppression, as well as Jewish discrimination against the Jews of North Africa. Palestinian-American Nadia Kader, in her piece “Going Home,” ruefully remarks “the American government wavers between pretending Palestinians don’t exist and pretending that we are preventing peace in the Middle East” (152). A powerful poem by Susan Eisenberg, “Advice before Departure at Ben Gurion,” sums up the harassment and disrespect of the Israeli border police, which extends to Jews who visit Palestinian areas: “You can say you went to Nazareth./ Just don’t say Nablus./ Or Ramallah. don’t say you were in Ramallah./ Not anywhere on the West Bank.” (151). A Jewish resident of New York provides his impassioned (and ultimately unsuccessful) plea to the New York City Council against its decision to pass a resolution condemning the Boycott, Divestment, Sanctions movement (BDS).

A final section on “Repairing and Healing” mentions the village of Wahat al-Salaam/Nevi Shalom, in which Jewish and Palestinian parents are raising and educating their children together. A Jewish woman describes how the organization she belongs to helps Palestinians harvest their crops and rebuild. A poignant essay by Stephanie Fox takes inspiration from Adrienne Rich’s poem, “Diving into the Wreck” to describe what she calls “the wreck of Zionism.” Finally, Gazan Mohammed Rafik Mhawesh describes the exhaustion of living in Gaza, titling his essay “My Only Weapon is My Pencil.”

The personal statements are preceded by an up-to-date history of the issues by Professor Petchesky, and supplemented by several appendices, including (1) the January 2019 statement about Zionism by Jewish Voice for Peace; (2) a Timeline of Zionism; (3) an “Abbreviated History of Resistance to Zionism;” (4) a glossary, and (5) a list of resources….. 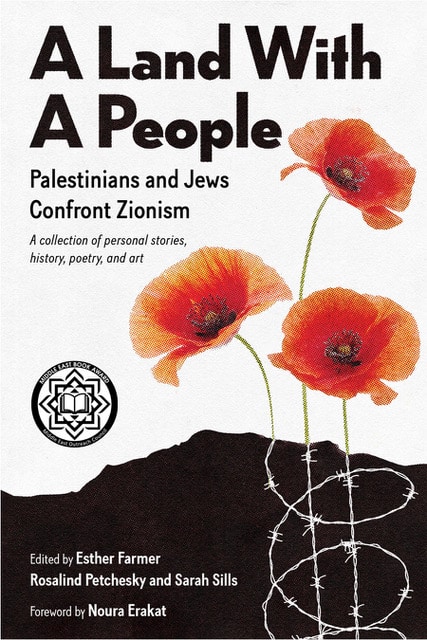 “Suspense and dramatic interest” (Radek reviewed in ‘Socialism and Democracy’)