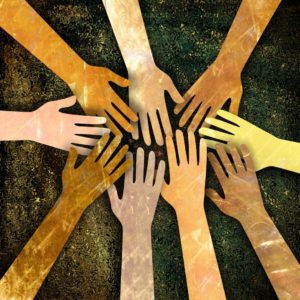 “This slim volume aims to pierce the veil of neoliberal triumphalism about self-declared progress over global poverty and inequality. As an introduction to these issues, the book succeeds quite well. The author’s intention is to synthesize the work of researchers from different fields into a work of ‘popular education’ directed to ‘revolutionary activists and participants in social movements’. Despite the author’s modesty, it should be noted that his activist work in Haiti lends the book a personal weight that, while not front and center, credits it with an earnestness it would otherwise lack.

The Lie of Global Prosperity is divided into two parts. The first part, the more central of the two, exposes serious problems in the methodology and measurement of global poverty used by global economic institutions, such as the World Bank.

The introduction gives some background to this task of methodological deconstruction. In September of 2008, the United Nations held its Millennium Summit at which it established eight Millennium Development Goals (MDGs). Among the most important of these, and the main object of the book’s critique, was the goal of eradicating extreme hunger and poverty.

No one would contest this goal on a global scale. But as Donnelly shows, one does not have to scratch too much for problems to appear. For one, the goals were not adopted through the United Nations’ normal democratic procedures and practices. Instead, they were promulgated by the members of the OECD, those same wealthy countries arguably most responsible for the persistence of poverty, hunger, and disease in the Third World (or Global South).

Another problem of the MDGs, and the one that is the focus of this book, is the measures that were adopted to determine whether this worldwide campaign was a success or failure. The World Bank defined extreme poverty as subsisting on $1.90 per day or less. On that measure, it appears that global poverty has been reduced by two-thirds in the last two to three decades, ahead of the MDG of cial goal of a one-half reduction. More generally, the official consensus has it that (1) global poverty is declining, (2) there has been a convergence in wealth and income levels between developed and developing countries, and (3) sustainable growth will be adequate to end poverty by 2030.

Donnelly says that each of these claims is false, and that much depends on the measures used. Donnelly gives several reasons why the $1.90-per-day measure is faulty. First, it is ‘more or less circular,’ as the World Bank’s own methodology reveals, because it is based on the poverty lines of ‘some of the poorest countries in the world,’ rather than on some effort to assess real needs based on housing, food, and clothing. Another problem is that the $1.90-per-day threshold is measured exclusively in terms of monetary income and ignores de-commodified goods or services.

Donnelly exposes a third problem of this measure by meticulously unpacking the way the World Bank’s poverty measure is standardized across countries, which is done through a purchasing power parity (PPP) metric. A PPP metric is intended to remove arbitrary factors, such as persistent exchange rate differentials, in order to arrive at a truer comparison of the value of currencies and the standards of living across different countries. To do this, PPP is based on an internationally standardized basket of goods and services. Yet whether this task can be accomplished convincingly is made doubtful by the fact that consumer choices will vary widely across countries according to differences in ‘taste, culture, climate, price structure, product availability, and income level’.

These challenges are only made worse by attempting to compare rich and poor countries. Donnelly argues that PPP ‘underemphasize[s] the real expenditure weight of food to poor people throughout the Third World,’ such that the $1.90–per-day standard underestimates the number of people below that threshold. For similar reasons, Donnelly argues that PPP reduces poverty counts by overemphasizing services. In both cases, consumption patterns of those in rich countries are averaged into the basket of goods, disproportionately reflecting a higher consumption of services and a lower consumption of food than in poor countries. Because services are cheaper and food more expensive in poor countries, such a basket exaggerates the purchasing power of the poor and causes a systematic undercounting poverty levels. Donnelly provides a host of other reasons to be skeptical about the World Bank’s poverty measures.

When other metrics of poverty are used, such as the Multidimensional Poverty Index, developed by the Oxford Poverty and Human Development Initiative and the United Nations Development Programme, ‘a much more disturbing picture of global poverty than the World Bank’s income metric’ emerges. According to these alternative metrics, the Global South is not catching up to the Global North in economic terms. Rather than convergence, there is ‘divergence, big time,’ as Lant Pritchett famously put it.

Part Two of the book gives an explanation for this divergence and the continued deprivation and suffering of the poor living in the Third World. Donnelly says that Third World underdevelopment is a product of imperialism in its neoliberal phase. Imperialism has gone through many variations, Donnelly explains, with global capitalism, its neoliberal variant, only the most recent version. Donnelly gives a short account of the origins of neoliberal imperialism, which emerged in the 1970s as a result of three challenges to the post–World War II global economic order: 1) the decline in the value of the U. S. dollar; 2) economic stagnation and a falling rate of pro t in the rich countries; and 3) the Third World “debt crisis”. Donnelly’s retelling of this story is remarkably concise and coherent; captured in a mere 30 pages, it is perhaps one of the best short overviews of the emergence of neoliberal global capitalism that I have read.

If there is any complaint about the book, it is that the two parts fit somewhat awkwardly together. For example, the author could have integrated the analysis of global poverty metrics with competing theories of development, neoliberal versus Marxist. But as this is unlikely to be a serious concern for the intended audience, it is only a minor complaint.

Overall, the book serves as a sobering reminder that capitalism truly is a global system, and that even committed leftists can neglect imperialism’s full consequences, ‘which provides for their comfortable lives’. Donnelly here hints at the longstanding debate over the ‘labor aristocracy’ thesis inaugurated by Engels and Lenin. He wisely refrains from entering that debate, which would be a distraction in a book of this kind. Nevertheless, Donnelly’s telling of the story of neoliberalism’s most recent phase makes it hard to deny the truth of that thesis, at least for a certain layer of the U. S. working class, particularly the professional, managerial, and technical middle-class employed by global corporations in the First World. That truth is etched into every product assembled in the Third World that displays the words ‘Designed by Apple in California.’ The book’s more constructive message, however, reminds us that the fates of those less privileged workers, in both the Global North as well as the Global South, are linked together now more than ever in world history.” 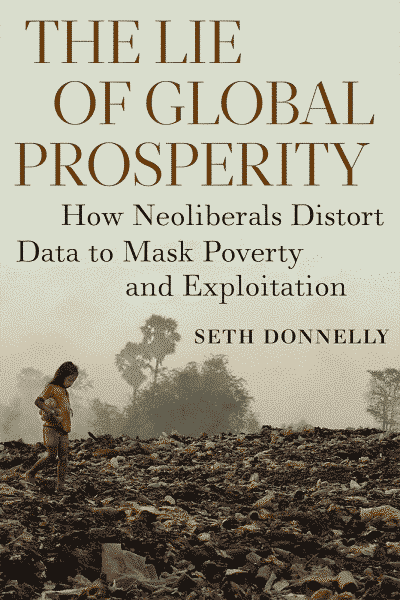