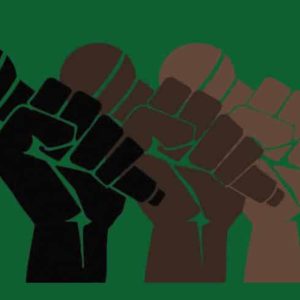 What ultimately makes the book so compelling is that it provides an incredible number of “voices” in the form of lengthy excerpts from interviews with scholars, artists, journalists, politicians, students, and a range of indigenous, women, and urban activists. It is not an exaggeration to say that Voices of Latin America contains so many rst-hand accounts from on-the- ground actors that it will serve as original source material for many scholars.

Documenting these voices is what drove the project. Beginning in late 2016, the Latin American Bureau — a London-based organization that has documented repression and resistance in Latin America since the late 1970s — sent researchers to various countries in order to collect extended interviews and capture the diversity of social movements in the region. They eventually assembled 70 interviews from active members of social movements in 14 countries. Voices in Latin America is the colorful product of this collaboration.

The book’s strength lies in its breadth and richness. It covers virtually the entire region, examining women ghting against machismo and gender- based violence; LGBT activists battling discrimination in institutional and cultural realms; students demanding free quality education; indigenous peoples struggling for land, environment, and dignity in the face of mining and other mega-projects; mothers opposing state violence; and so on. This broad coverage is given life through a wide range of well-selected and rich interviews.

Themes emerge out of the diversity. Despite the resurgence of the right, progressive activism is alive and well in Latin America. Trust and faith in the political machinery, in parties, and in state institutions has clearly eroded, but social movements continue to proliferate and challenge a wide range of injustices. Struggles around the environment, gender/sexuality, state violence, and a range of public goods such as education speak to the extent to which activists continue to ght for social justice within a deteriorating political climate.

Voices of Latin America does not give us a single understanding as to why the right was able to make such a forceful comeback in the first place or what the social movements explored in the book might add up to. It is better for it. At the moment, it remains very unclear how social movements in Latin America might be able to coalesce sufficiently to reverse the right’s ascendance. There is ample evidence that the activists and organizations explored in the book are open to collaboration across movements and even across countries. This is key. What is less clear is what sorts of actors, alliances, and coalitions will be necessary in order to capture or even influence state power in a meaningful way. The book captures the transitory moment we nd ourselves in.

Voices of Latin America does an excellent job of providing deeply personalized accounts of how social movements and organizations emerged and sustained themselves under difficult circumstances. There is plenty of hope and inspiration to be found in the pages from women and human rights activists standing up to violence, indigenous peoples confronting multinational corporations, and students demanding free education. Quite clearly, part of the book’s message is that important political work continues, regardless of who formally controls the levers of state power. The right may be ascendant, but progressive forces are not necessarily retreating.

The book is ideal for the classroom. Without going page by page, it is fair to say that almost half the book comes in the form of substantive interviews that are not simply rich and compelling in the sense of capturing the struggles and experiences of a diverse range of Latin Americans. They are also incredibly smart. The researchers interviewed some really sharp, experienced activists who have clearly thought deeply about political struggle for some time. There are no clear answers, but collectively they provide a powerful portrait of the state of progressive forces in Latin America today.” 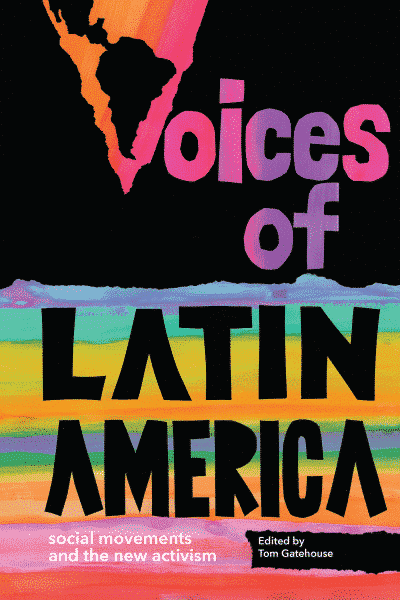 Tigar on “Sensing Injustice” and almost every case imaginable (Listen: Law and Disorder)
“The Lie of Global Prosperity” as a work of popular education (Science & Society)