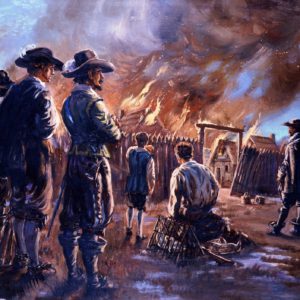 Just after January 6th, Gerald Horne was one of the first to remind us that “mobocracy,” generally driven by settler colonialist impulses and schemes, has been a potent force throughout this country’s history. “In other words mob action in the past has been implicated in regime change in this nation” and the events of January 6th were certainly consistent with that legacy.  One need look no further than Bacon’s Rebellion, as a prelude to 1776, or the Coulfax Massacre in 1870s Louisiana, or the 1898 overthrow of the black-influenced government in Wilmington, North Carolina. Horne points out that each of these insurrections in one sense or another defended the ambitions of land speculators reliant on private-public partnerships in order to expand their domain.

To watch Horne expand on that and other themes during his address to George Mason University, click here.