Dear Reader, we make this and other articles available for free online to serve those unable to afford or access the print edition of Monthly Review. If you read the magazine online and can afford a print subscription, we hope you will consider purchasing one. Please visit the MR store for subscription options. Thank you very much. —Eds.
Documents
by Paul M. Sweezy
(Sep 01, 2018)
Topics: Ecology Marxism Marxist Ecology Places: Global 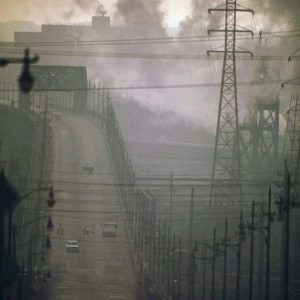 In 1992, Chris Arthur and Joseph McCarney conducted a wide-ranging interview with István Mészáros, published in the Autumn 1992 issue of Radical Philosophy under the title “Marxism Today.” In it, Arthur and McCarney inquired into Mészáros’s close relationship to Georg Lukács, his work on Jean-Paul Sartre, and the ideas developed in his then-forthcoming book, Beyond Capital, published in 1995 by Merlin Press in the United Kingdom and Monthly Review Press in the United States.

Of Sartre, Mészáros noted that both Conservative and Labour politicians promoting neoliberal capitalism in Britain “always talk about ‘there is no alternative.’” In contrast, “Sartre was a man who always preached the diametrical opposite: there is an alternative, there must be an alternative; you as an individual have to rebel against this power, this monstrous power of capital. Marxists on the whole failed to voice that side.”

The interview was particularly important in highlighting Mészáros’s distinction, based on Marx, between capitalism as a particular historical social formation and the underlying power of capital itself. It was not simply capitalism, but more importantly capital as a system of social metabolic reproduction, that needed to be transcended. “Capital,” Mészáros wrote, “is a controlling force, you cannot control capital, you can do away with it only through the transformation of the whole complex of metabolic relations of society.”

In October 1992, MR founding editor Paul M. Sweezy wrote the following brief letter to Mészáros in response to the interview. In his letter, published here for the first time, Sweezy saluted the critical significance of Mészáros’s argument on “the monstrous power of capital,” and the failure of many Marxists to perceive this problem in its full dimensions. He also affirmed the imperative of incorporating the ecological economics of Nicholas Georgescu-Roegen, with its “revolutionary implications,” into this critique of capital. For Sweezy, beginning in the early 1970s, but especially in his later years, the development of a Marxian ecological economics (best represented today by the work of Paul Burkett in his Marxism and Ecological Economics) was all important. (See Sweezy’s letter to Georgescu-Roegen in the February 2017 issue of MR.) Both Mészáros, in Beyond Capital and other works, and Sweezy, in numerous articles and interventions, were to play crucial roles in the development of ecological Marxism.

I have just read your Radical Philosophy interview, and I must write you an immediate note of thanks and congratulations. What you say about capital and capitalism really goes to the heart of the matter. The real enemy is truly the “monstrous power of capital,” and I’m afraid at least 90 percent of self-proclaimed Marxists have never understood it, or, if they once did, have forgotten it. If, as I assume to be the case, this is the central theme of your new book, its publication will be a landmark event.

There is only one thing I will add now: there is a dimension of the world crisis which is not mentioned in the interview but which I hope will not be neglected in the book: the deadly implications of capital for the human habitat. If you are not familiar with it, you should familiarize yourself with The Entropy Law and the Economic Process, by Nicholas Georgescu-Roegen, Harvard University Press, 1971. Georgescu, a Romanian whom I got to know quite well in the ’30s when he first came to this country, is a brilliant eccentric whose work, almost totally ignored by both mainstream and Marxists economists, has revolutionary implications for all economic thinking.

Beyond the Class–Race Binary
She Works Like a Man; If a Woman’s Word