Dear Reader, we make this and other articles available for free online to serve those unable to afford or access the print edition of Monthly Review. If you read the magazine online and can afford a print subscription, we hope you will consider purchasing one. Please visit the MR store for subscription options. Thank you very much. —Eds.
Correspondence
by Michael Roberts
(Apr 01, 2019)
Topics: Capitalism Economic Theory Marxism Political Economy Places: Global 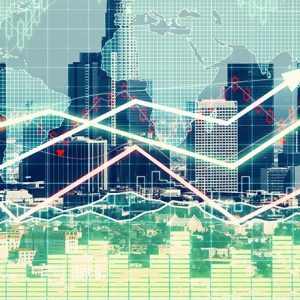 Michael Roberts is a Marxist economist. He is the author of The Long Depression: Marxism and the Global Crisis of Capitalism (Haymarket Books, 2016) and writes regular commentary and analysis on his blog, The Next Recession.

In the Notes from the Editors of the January 2019 issue of Monthly Review, the editors commented on a blog post of mine dealing with the term financialization and whether it is a meaningful and useful description of or hypothesis about modern capitalism.1 While the editors did not deal with my arguments on that issue, they took me to task for claiming that the term was first used by non-Marxist sociologist Greta Krippner. They reckoned that the term goes much further back and is in fact “part of a long and distinguished socialist tradition of the critique of finance capital.” Indeed, it is very much part of the Marxist analysis of capitalism, in particular with “earlier usages of the concept by Marxian theorists, including Harry Magdoff and Paul M. Sweezy—the editors of Monthly Review, who spent decades analyzing how financialization arose out of a stagnating monopoly capitalist economy.”

Well, I concede that the general idea that finance is coming to dominate the whole economy was already at play before Krippner, but not only in Marxian analysis. The idea was already present within mainstream economics, but the specific concept of financialization had not yet been formulated. Moreover, within Marxism—even in Rudolf Hilferding’s Finance Capital and Sweezy’s late remarks—nobody questioned that financial profits derive from surplus value and that financial turbulence had its roots in the sphere of production. This started to change, as Krippner accurately pinpoints, with David Harvey’s Condition of Postmodernity (Blackwell Publishers, 1989), in which Harvey remarked that if there was any novelty to post-1973 capitalism, it lies not in labor nor product markets, but in finance. Later, Giovanni Arrighi in the Long Twentieth Century (Verso Books, 1994) observed that capitalist economies regularly cycled between phases in which profits accumulated primarily through material production and phases in which profits accumulated through financial channels.

Krippner was probably the first to define the concept of financialization supported by “stylized facts,” like the rise of shadow banking, derivatives, shareholder value, and the indebtedness of private households. These modern elements were missing from Arrighi and Sweezy, and it is these facts that are used by mainstream and post-Keynesian economists to promote the term financialization. Thus, I am not convinced that Marxism can claim to own the expression.

More importantly: Should it? Financialization can mean many things. If financialization is just a description of the huge rise in the financial sector since the early 1980s in many (but not all) major capitalist economies and, with it, the rise in the share of profits going to the financial sector, then it is possibly a suitable term. If financialization means that finance capital based on banks and insurance has now merged with nonfinancial capital through shadow banking and the financial functions of big corporations, then that is also an interesting question to analyze. But financialization is now mainly used as a term to categorize a completely new stage in capitalism, in which profits mainly come not from exploitation in production, but from financial expropriation (resembling usury) in circulation. It is now finance that rules, so that capitalism is increasingly unproductive. Crises are thus the result of financial instability and recklessness, and not of any underlying contradiction between profit and production. Finance—not capital, as Marx recognized 150 years ago—is now the enemy of labor. If that is the meaning of financialization (and I think it is the dominant meaning among many), then I do not think that Marxism can and should own the term. It leads to the abandonment of the labor theory of value, an erroneous understanding of modern capitalism’s modus operandi and, I think, eventually to reformist politics.

The important question to consider is whether financialization helps us better understand capital accumulation and its contradictions in modern capitalism and imperialism, or if, instead, it really is what Stavros Mavroudeas calls “an explanatory blind alley.”

View all posts by Michael Roberts →

The Critique of Financialization
The Debs Way