Dear Reader, we make this and other articles available for free online to serve those unable to afford or access the print edition of Monthly Review. If you read the magazine online and can afford a print subscription, we hope you will consider purchasing one. Please visit the MR store for subscription options. Thank you very much. —Eds.
Correspondence
by The Editors
(Apr 01, 2019)
Topics: Capitalism Economic Theory Marxism Political Economy Places: Global 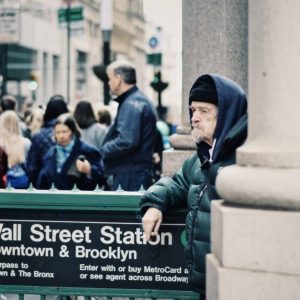 We agree with Michael Roberts that Marxists do not “own the expression” financialization. We disagree, however, with respect to the importance of the actual historical phenomenon represented by financialization and the necessity of the critique of it in the analysis of contemporary capitalism.

In our Notes from the Editors in the January issue of MR, we commented briefly on the error in Michael Roberts’s November 27, 2018, blog post, in which he claimed that the term financialization originated with the liberal sociologist Greta Krippner in 2005. We pointed out that it was actually coined more than a decade earlier in 1993 by conservative political-analyst-turned-critic (and former advisor to Richard Nixon) Kevin Phillips, and was adopted not long after by left theorists, who had long taken a leading role in the analysis of the reality of financialization. Prior to the 1990s, the financialization trend was generally referred to as a “financial explosion,” standing for a long-term shift from production to finance within the overall economy, as in Harry Magdoff and Paul M. Sweezy’s 1987 Stagnation and the Financial Explosion (Monthly Review Press). Emphasizing the centrality of these changes in the workings of capitalism, Sweezy referred to “the financialization of the capital accumulation process” in the September 1997 issue of MR.

When Krippner wrote her 2011 book, Capitalizing on Crisis (Harvard University Press), she referred back to these earlier Marxian analyses that had influenced her views. Yet, Roberts, insisting on Krippner’s absolute originality, says that unlike the Marxist and non-Marxist theorists who preceded her, she “was probably the first to define the concept of financialization supported by ‘stylized facts,’ like the rise of shadow banking, derivatives, shareholder value, and the indebtedness of private households.” Unfortunately, this too is incorrect. All of these phenomena were repeatedly raised theoretically and empirically in earlier research on financialization by numerous theorists, both Marxists and non-Marxists. However, following the Great Financial Crisis in 2007–9, there has been a tendency within liberal analysis to place an emphasis on the trees, that is, the various speculative mechanisms, rather than the forest, or the growth of finance in relation to production. The reason for this stress on the trees rather than the forest is that, in contemporary capitalist ideology, financialization cannot be brought seriously into question since it is part of the entire architecture of accumulation. At most, financialization, as in Krippner’s work, is reduced to a cyclical process based on shifts in regulation and nonregulation, downplaying the underlying trends and the stagnation-financialization trap. What distinguishes Marxian theory in that regard, in contrast, is precisely the analysis of the relation of financialization to the stagnation of investment/accumulation.

Here is where our main differences with Roberts arise. He contends that,

financialization is now mainly used as a term to categorize a completely new stage in capitalism, in which profits mainly come not from exploitation in production, but from financial expropriation (resembling usury) in circulation. It is now finance that rules, so that capitalism is increasingly unproductive.… If that is the meaning of financialization (and I think it is the dominant meaning among many), then I do not think that Marxism can and should own the term. It leads to the abandonment of the labor theory of value, an erroneous understanding of modern capitalism’s modus operandi and, I think, eventually to reformist politics.

We find such a position difficult to comprehend. Given the dominance of liberal ideology, liberal conceptions of such phenomena as democracy, capitalism, class, monopoly, ecological crisis, and even socialism are likely to be hegemonic, and can only be dislodged by critiques that show the partial nature of their conceptions and their internal contradictions. Critical analysis can hardly reject such concepts flat out insofar as they refer to real phenomena, however distorted they are in liberal analyses. The same applies to the concept of financialization. Insofar as it is a central phenomenon in our time, it needs to be taken seriously and be subject to critique. Recognizing the reality of financialization does not contradict the labor theory of value since the latter is essential to understanding the laws of motion of capitalism, both in general and in relation to monopoly-finance capital in our time—which, in our view, is not a new stage of capitalism as understood in Marxian theory, but merely a new phase of monopoly capitalism.

Focusing on the expropriation of assets (profit by alienation) that plays such a central role in today’s monopoly-finance capital does not contradict Marx’s theory of exploitation: both exploitation and expropriation existed in dialectical tension in his analysis. Nor does a critique of financialization in Marxian terms lead inexorably to reformist politics, since it is tied to what Magdoff and Sweezy called “the irreversible crisis” of capitalism that is more and more evident in our time and for which revolution is the only solution. A decade after the Great Financial Crisis, any analysis that fails to address the issue of financialization would, in our view, fall short of engaging with the capitalist present as a necessary basis for its final transcendence: the expropriation of the expropriators.