Dear Reader, we make this and other articles available for free online to serve those unable to afford or access the print edition of Monthly Review. If you read the magazine online and can afford a print subscription, we hope you will consider purchasing one. Please visit the MR store for subscription options. Thank you very much. —Eds.
Review
by Nicholas Powers
(Nov 01, 2019)
Topics: History Inequality Literature Media Race Places: Americas United States 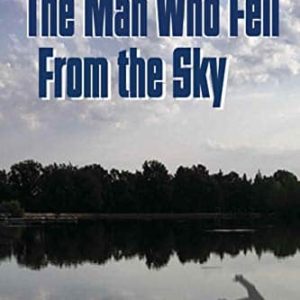 Nicholas Powers is a professor, poet, and journalist. He is the author of The Ground Below Zero: 9/11 to Burning Man, New Orleans to Darfur, Haiti to Occupy Wall Street (Upset Press, 2015).

It begins with an assassination. In Bill Fletcher Jr.’s first novel, The Man Who Fell from the Sky, the sleepy Cape Cod town of Osterville has blood on its hands. In this murder mystery, Fletcher digs through layers of racism in Southern Massachusetts to uncover more than the killer’s identity. The novel compellingly exposes the racism of society, turning its victims against each other.

When Margie Smith finds her husband TJ (short for Thomas Julius) shot dead in his car, Detective Vincent Amato and, later, reporter David Gomes try to solve the murder in a town riven with racial tension. Going from door to door, they piece the puzzle together, untangling a knot of relationships going back to the Second World War. TJ’s murder is interwoven with the larger conflict between the town’s Cape Verdean immigrant community and its African-American community over what “black is.”

The subtheme of the fluidity of blackness runs through the novel. In one telling scene, Gomes is at a party where his Uncle Marcelino (who is described as being dark skinned) yells, “Listen, we’re Portuguese. Yeah, our family is from Cape Verde, but we’re Portuguese. I’m sick of you calling me ‘black.’ Our ancestors were never slaves!” Later, Gomes speaks with a white detective who, in an expression of nonchalant racism, remarks that he expected “someone Spanish.” Gomes explains that his last name ends in an s and not a z.

Two conflicts drive The Man Who Fell from the Sky. The first is the explicit murder mystery. But boiling beneath is a mediation on race. In many ways, the book uses the former to explore the latter, smartly avoiding cliché backdrops like New York or London and instead situating the story in a small, mostly white town that serves as an odd crossroads for the black Atlantic. Both conflicts collide in the finale as Gomes is marched into an empty building with a .45 caliber gun aimed at his back.

The Man Who Fell from the Sky is a fast, fun read. And it stands in the tradition of black authors, like Walter Mosley and Chester Himes, who have used fiction to investigate race and class, diaspora identity and crime. The book is also a promissory note.

Fletcher is a professional writer, activist, and scholar. Reading the crisp prose, one gets pulled into the dream state of a good story. You forget that you’re turning pages and are lost in the world he created. It is a satisfying first novel—so much so that I am left wanting another book. But not another murder mystery. No, instead, I want to see what happens when Fletcher moves beyond the guardrails of genre to expose the complexities of life that flash between the plot devices.

View all posts by Nicholas Powers →