Dear Reader, we make this and other articles available for free online to serve those unable to afford or access the print edition of Monthly Review. If you read the magazine online and can afford a print subscription, we hope you will consider purchasing one. Please visit the MR store for subscription options. Thank you very much. —Eds.
by Michael Löwy, Bengi Akbulut, Sabrina Fernandes and Giorgos Kallis
(Apr 01, 2022)
Topics: Capitalism Ecology Economic Theory Marxist Ecology Political Economy Places: Global 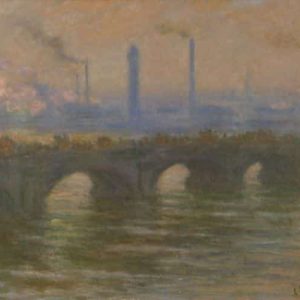 Michael Löwy is emeritus research director at the French National Centre for Scientific Research in Paris and author of Ecosocialism (Haymarket, 2015). Bengi Akbulut is a professor at Concordia University, Montréal. Sabrina Fernandes is an ecosocialist organizer, postdoctoral fellow at the Rosa Luxemburg Stiftung, and producer of Tese Onze. Giorgos Kallis is a professor at the Catalan Institution for Research and Advanced Studies and author of The Case for Degrowth (Polity, 2020).

Degrowth and ecosocialism are two of the most important movements—and proposals—on the radical side of the ecological spectrum. Sure, not everyone in the degrowth community identifies as a socialist, and not everyone who is an ecosocialist is convinced by the desirability of degrowth. But one can see an increasing tendency of mutual respect and convergence. Let us try to map the large areas of agreement between us, and list some of the main arguments for an ecosocialist degrowth:

View all posts by Michael Löwy →

Standing Against Racism and Empire: Remembering Elizabeth ‘Betita’ Sutherland Martinez
The Bhima Koregaon Arrests and the Resistance in India