Dear Reader, we make this and other articles available for free online to serve those unable to afford or access the print edition of Monthly Review. If you read the magazine online and can afford a print subscription, we hope you will consider purchasing one. Please visit the MR store for subscription options. Thank you very much. —Eds.
Reprise
by Harry Magdoff and Paul M. Sweezy
(Nov 01, 2022)
Topics: Capitalism History Imperialism Political Economy War Places: Americas Europe Russia Soviet Union (USSR) United States 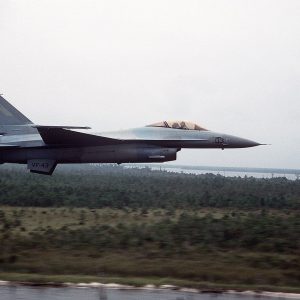 Harry Magdoff was coeditor of Monthly Review from 1969 until 2006. Paul M. Sweezy was a founding editor of Monthly Review (along with Leo Huberman) and coedited the magazine from 1949 until 2004.
The emergence in our time of a New Cold War has naturally raised the question of whether the Old Cold War ever actually ended—or, from today’s perspective, how the New Cold War reemerged out of the embers of the Old. We are therefore republishing here the “Notes from the Editors” by Harry Magdoff and Paul M. Sweezy from the February 1994 issue of Monthly Review, which was aimed at answering this question.—Eds.

Has the Cold War ended? In one sense of course it has. The primary meaning of “war” is an armed conflict between two or more nations, or more generally, power centers. The war is called “cold” if the conflict stops short of shooting and killing. In this sense the relation that has existed during most of the second half of the twentieth century between the United States and its allies on one side and the Soviet Union and its allies on the other is a classic (perhaps better the classic) case of cold war. It ended when the Soviet side threw in the towel in 1989–1990. Hardly anyone is likely to dispute this statement of the facts.

But the term war is used in other senses as well, particularly as a loose synonym for almost any kind of conflict, usually with the implication that it involves or could involve violence. Two all-too familiar examples these days are the so-called wars against drugs and poverty, ill-defined but real phenomena that have more than a little to do with each other.

There are those who maintain that the Cold War, despite what happened in 1989–1990, has not ended. Is there any sense in which this is true? What makes them hold this belief? To answer this question, it helps to pose a different question: what would you expect to happen if the Cold War had really ended? Surely the answer is that both sides would stop doing all the enormously expensive, dangerous, and ultimately disastrous things they were doing in the period when the common assumption was that at any minute the Cold War might turn hot. On the Soviet side this is what happened—chaotically to be sure, but quite decisively. For them the Cold War was indeed over. On the American side nothing of the kind happened. “National Defense” outlays in 1989 stood at $290.4 billion; four years later in 1993 (the last year for which an official estimate is available) the figure was $389.3 billion. When the Soviet Union collapsed, there was much talk in this country of a large and growing “peace dividend” that would be available for all kinds of good works. No more. For us, it seems, the Cold War is anything but over.

All of which suggests that there was/is considerably more to the Cold War than meets the naked eye. If it can be over for one side but not the other, then surely the objectives of the two sides must have been different from the outset. And indeed they were. The Soviet Union was on the winning side in the very hot Second World War. It was determined to hold onto the substance of what it had gained. The United States and its allies were equally determined that this should not happen. But that was not all: they saw in the ensuing conflict with the Soviet Union what they had been looking for ever since the Russian Revolution of 1917, a golden opportunity to get rid of “communism,” i.e., a society organized on noncapitalist principles, the very existence of which cannot but be a standing threat to capitalism everywhere. Their objective was thus to push the Soviets back and in the process to overthrow their form of society. The chosen method was to impose an open-ended arms race on the Soviet Union which the Western ruling classes shrewdly calculated could be sustained more successfully by their own economies than by the less developed Soviet one.

It worked as planned. The Soviet economy collapsed; the leadership withdrew from the Cold War; the system disintegrated, the stampede to restore capitalism began. The United States could not have won a more decisive victory in the Cold War. Why, then, does it continue to act as though the Cold War is still on?

There are at least three plausible reasons. The first is inertia, the tendency to keep on doing what you have been doing, a ubiquitous force in history which has its roots in both psychology and vested interests and is the more powerful the longer the conduct in question has been in operation. This has no doubt played a role, but in this case it should not be overestimated. Almost everyone claims, sincerely enough, to be glad to be relieved from the pressures and sacrifices of waging the Cold War. Yet four years after the surrender of the enemy, little has been done to take advantage of this new-found freedom. More than inertia must be involved.

The second reason has to do with what the U.S. ruling class sees as the global leadership responsibilities of the one remaining superpower. It is not enough to have a military bigger than that of any other power; it must be bigger than that of any plausible combination of other powers, and this applies of course not only to the immediate situation but to what might be the situation five or ten years from now. Given all these weighty considerations, it is hardly surprising that U.S. policy makers, having inherited from the Cold War by far the world’s largest military apparatus, have decided to hold onto it and see what happens. It never even occurs to them that actively pushing a policy of general arms reduction might be a wiser alternative.

The third reason complements and reinforces the second. The declared objective of the Cold War was to defeat an imaginary threat of Soviet expansionism. The real objective was to rid the world of “communism,” meaning any and all forms of society organized on any but “free-market,” i.e., capitalist, lines. The imaginary threat has now been forgotten. What about the real objective? Has communism been finished off? The answer is no. There are still a number of countries controlled by Communist Parties (China, Cuba, Vietnam, North Korea). At the present time all of them are showing signs of moving toward capitalism. But no dyed-in-the-wool capitalists like those that rule the United States are likely to believe that these countries are safely in the fold unless and until they develop and restore to power their own bourgeoisies. In the meantime they are all being treated as though they were Cold War enemies.

This, however, is hardly the end of the communist story in today’s world. Capitalism has never been as all-encompassing and powerful as it is right now. At the same time it has never been more prone to uncontrolled crises and disasters. It is an explosive mix which is everywhere polarizing societies on an unprecedented scale. And in the lower reaches, the communist virus, always present in the capitalist organism but largely dormant in recent years, is coming back to life in unexpected ways and places. Don’t for a minute think that those who sit in the seats of capitalist power are unaware of what is happening or that they are not preparing to deal with it in the only way they understand, i.e., by naked military power. For them the Cold War that ended four years ago is no more than the most recent round in a struggle that will last as long as capitalism itself.