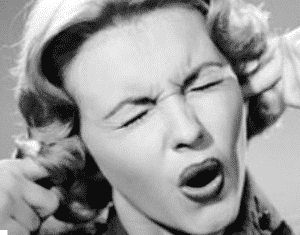 In the midst of the hot, convoluted debates around Critical Race Theory, Paul Jay, host of the radio show “The Analysis” brought Gerald Horne in to nail it down: What is CRT (“Critical Race Theory”) actually, and why does the Right attack it without even knowing what it is? You can watch the full program below or at the.Analysis.news

Gerald Horne: It’s a set of loose propositions that fundamentally come down to this. If you look at the overrepresentation of black Americans in prisons or the overrepresentation in terms of being suspended from schools K through 12, you can come to one or two conclusions. You can come to the conclusion that there is something wrong with black people, or you can come to the conclusion that there’s something wrong with society. And critical race theory leans towards the latter. The. U.S. Patriots and flag wavers feel that this is the greatest country on earth, this is the greatest country in the history of planet Earth, and so making that kind of indictment does not go down very well. And that leads to this attempt to suggest that critical race theory should not be invoked in the classroom. And of course, it’s not invoked in K-12 education. If anything is invoked in law schools, it’s hardly invoked in graduate schools, in history or sociology, and all the rest because it’s a particular theory. But now it’s been broadened to encompass any kind of critique of U.S. society. It’s been broadened to indite efforts by corporations on the plane of diversity, inclusion, and equity.

It’s been invoked to indite writers who write in that sphere, like Ibram X. Kendi of Boston University in his book How to Be an Antiracist, which has been a runaway bestseller. He’s not even a lawyer, yet he’s being, quote, tarred with the brush, unquote, of critical race theory. But it has more to do, once again, with national chauvinism. It has more to do, I would also say, with the changing role of the United States in the world with regard to the rise of China, which has led to these attacks on Asian Americans on the streets of the United States of America. And it’s also led to efforts in the state of Texas by certain think tanks to suggest that there are certain buzzwords that you should flag. And if these buzzwords are being used, that’s a hint that critical race theory is being invoked, which means that it should not happen.

What are those buzzwords you ask? Well, ally, believe it or not, colonialism, black lives matter, white supremacy, etc. It seems to me that it’s going to be difficult to talk about the history of U.S. apartheid, the Jim Crow, without talking about white supremacy. It’s going to be difficult to talk about a movement like Black Lives Matter, another buzzword that you’re supposed to avoid without talking about allies. And so obviously, they’re trying to narrow the range of issues that can be discussed in the classroom with the ultimate goal of propagandizing the youth so that they’ll grow up to be adults who then accept the latest harebrained scheme of the right-wing.

Paul Jay: All right. So let me make sure I’m getting this, because the way I understand it, what the right-wing is attacking, it’s not really about critical race theory. They don’t want any conversation, in schools, frankly, anywhere in the culture, that systemic racism is at the core, or founding, of the American state and continues to this day. And the enslavement of people of African descent and the genocide against indigenous people is at the very roots of the current day system. They don’t want that conversation, and critical race theory is a way for them to have a buzzword about that. Because I know you, you have your own critique of critical race theory, but that’s your critique has nothing to do with what the right-wing is talking about. So do I have it correctly so far?”