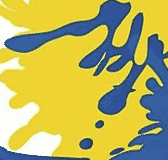 The current crisis in the Ukraine will inevitably eventuate as that rarity: a turning point in world history. This involves a number of main points:

First, it clarifies that the preceding epoch, the Cold War, presumably ending in December 1991 with the collapse of the Soviet Union, will likely be seen in the future as a catastrophic success for U.S. imperialism.

A success to be sure—at least in the short term—as it inaugurated the rapidly receding era of “unipolarity” and the heyday of the “sole remaining superpower.”

But to attain this success, Washington executed a trio of critical blunders: there was the turbo-charging of religious zealotry that led initially to the alliance in Afghanistan in the 1980s that contributed to the demise of the Soviet Union—then the attack on New York and Washington in 2001 and the ignominious ouster of the U.S. from that same South Asian nation in August 2021. Whatever the case, it is evident that we have not heard the last of the zealots, especially since they receive covert and overt aid from certain friendly regimes, Saudi Arabia not least.

Then, when Washington forced the dissolution of the USSR, this allowed Moscow to cease subsidizing Moldova, Turkestan, Georgia and formerly socialist regimes in the vicinity. This allowed Russia to husband its resources leading to what Stanford scholar, Kathryn Stoner terms in her latest tome: “Russia Resurrected,” a self-explanatory title that speaks to the development of hypersonic missiles and an agricultural superpower and a nation that can turn geopolitical tides in Syria among other sites. Imperialism failed to acknowledge that Russia had outgrown the sellout years of Boris Yeltsin and adamantly refused to adapt accordingly. NATO should have collapsed in 1991 when the USSR did but instead extended its remit to Libya, along with destroying the former Yugoslavia and devastating Afghanistan.

And, above all—and ironically—the intervention in the Ukraine occurred as we were marking the 50th anniversary of yet another turning point: the U.S.-China entente of February 1972 on an anti-Soviet basis with the payoff to Beijing being massive direct foreign investment creating a juggernaut that bids fair to leave imperialism sprawling in the dust.

Indeed, arguably, it is the specter of China that drove imperialist strategy toward Russia. That is, confronting Beijing directly means a faceoff with Tesla and Apple and Microsoft and Starbucks and KFC and a slew of U.S. giants, whereas weakening China’s major partner—Russia—is more palatable, at least for the time being.

That is why, as I write, it is not only regime change in Kiev that is at issue: imperialism seeks regime change in Moscow, with all the dangers attendant with regard to toppling a nuclear power.

The ostensible issue –Ukraine joining the U.S. dominated NATO—would mean a rise in the stock price of Raytheon (former home of Pentagon chief, Lloyd Austin) and Lockheed Martin, as member states are required to spend more on advanced weaponry, which inevitably comes from these corporations.

With Germany pledging to re-arm, we also witness the shortsightedness of world imperialism, which refuses to learn the lessons of the 20th century, especially the catastrophe of world war ending with the uncovering of industrial funeral pyres in 1945. Not only Washington but London, Brussels and Paris should be shuddering right now.

Of course, since Germany will now be buying natural gas from Texas—and not Russia—this will satiate Washington: for the time being.

France is particularly culpable since Paris blathers and bloviates constantly about “strategic autonomy” but is so dependent upon Washington for aerial and satellite assets to keep a lid on its neo-empire in Africa, that it is paralyzed.

Brussels, Paris and Berlin apparently are unfamiliar with the recent memoir by sacked National Security honcho for Trump—John Bolton—who admitted that the 45th U.S. President saw the European Union as second only to China as an antagonist.

And this crisis in Ukraine will reinvigorate EU vassalage to U.S. imperialism.

However, the underlying contradiction of this crisis is historical: a glance at the map reveals that much of European territory is Russian and this huge nation still has a population twice the size of that of the Number 2: Germany.

In sum, while Western Europe was getting fat from the plunder of the Americas and Africa in recent centuries, Russia was moving eastward—often at the expense of China—and establishing its window on the Pacific in 1860: Vladivostok.

Thus, Western Europe was becoming a global power at the same time that it did not necessarily rule its home continent. Two centuries ago Napoleon sought to resolve this anomalous contradiction by invading Russia—and being soundly defeated. A few decades later in the 1850s there was the Crimean War as, again, France, Britain and Turkey ganged up on Russia.

Then there was the final self-inflicted wound when in 1905 London financed the Japanese attack on Russia, which backfired spectacularly in that it wounded white supremacy grievously as Du Bois, Ho Chi Minh, Sun Yat Sen and Nehru all recognized. But it also led to the transformative Bolshevik Revolution of 1917 that inaugurated the General Crisis of Capitalism itself—which has yet to dissipate—then was punctuated by the Tokyo payback in 1941-1942, when the British Empire was devastated when its cash cows of Hong Kong and Singapore were seized by Japan.

A few decades later, as noted, Washington repeated the blunder of building up Asia to confront Moscow when in 1972 the entente with China was brokered.

Russia is the equivalent of the “whale” in Melville’s “Moby Dick”, the pursuit of which drives the North Atlantic bloc into crazed self-destruction…..

Listen and watch: Not Enough to Retire On (‘Against the Grain’ features Jim Russell’s new book)
Palestinians fight for freedom and are branded, while Ukrainians get applause (Al Jazeera features contributer to ‘A Land With A People’)