In late May, Dr. Gerald Horne spoke with Anthony Ballas of the podcast “De Facto,” about the rise of the far right, fascism, white supremacy, Western imperialism, international relations, and other matters. The two dug into the recent shootings in Uvalde and Buffalo, the coup of January 6, 2021, the legacy of US and French colonialism in Haiti, China’s Belt and Road initiatives, and the novel American Spy by Lauren Wilkinson.

In introduction to this interview, Ballas writes: “The latest spate of shootings in Buffalo and Uvalde have once again exposed and tested the already fragile moorings of American democracy, saturated as it’s always been by the ideology of gun culture, Second Amendment fetishism, white supremacy, and the settler colonial ethos. The Uvalde police department’s cataclysmic failure on May 24, 2022 resulted in the mass slaughter of nineteen school children and two teachers. This failure and the subsequent misinformation campaign to provide cover for Governor Abbott and other state, city and police officials are clearly connected to the broader political and economic situation of law enforcement nationwide: in addition to the slackening of gun laws in Texas and the white supremacist worship of the Second Amendment in this country, there is a clear mismatch between the obscene amounts of state and federal funding providing tactical gear to an already militarized police force and the unbroken history of violent and racist grotesqueries too numerous to mention committed at the hands of law enforcement historically as today.

In tandem with the reality of policing in the United States is, of course, the unambiguously white supremacist motives of the American right wing, such as those put on full display in Buffalo, NY on May 14, 2022 where ten people were executed in a grocery store at the hands of a white supremacist — the whole massacre livestreamed on social media. The shooter did not slaughter his victims indiscriminately. The location and the victims were hand-selected according to the vicious ideology of white supremacy, the underlying logic motivating other shootings in the country whether committed by vigilantes or by police.

It is not a coincidence that the same logic, particularly inspired by the so-called “great replacement theory,” underpins the rise of right wing populism today, spearheaded, to borrow a line from Gerald Horne, by the “militarized identity politics” of the Trump movement and whiteness more generally. Without a robust analysis of the historical and ideological legacies which have culminated into contemporary phenomena such as those mentioned above, not to mention the plot to kidnap Governor Whitmer in 2020, the “unite the right” rally in Charlottesville in 2017, and the notorious coup of January 6, 2021, Horne fears that we may be sleepwalking into a new era of US fascism — if we aren’t indeed there already. It is long past due for white academics, activists, scholars, historians, theorists and the left more generally to heed the lessons of settler colonialism and counterrevolution; the historical and ideological seedbed which was foundational to the United States, and which continues to bear the poisonous fruits of white supremacy perpetually reaped in the United States of America.

From the early onset of pan-Europeanism and the construction of whiteness detailed in his book on the 16th century, the settler ethos and the liquidation of the indigenous in his 17th century book, to cross-class collaboration and the counterrevolution of 1776 in the long 18th century clear through Texas secession, slavery, Jim Crow and on up through our present day, Gerald Horne’s body of work provides one of the (if not the) most important analysis of how the material history of white supremacy has crystalized into our current conjuncture, producing the very real threat of US fascism.” 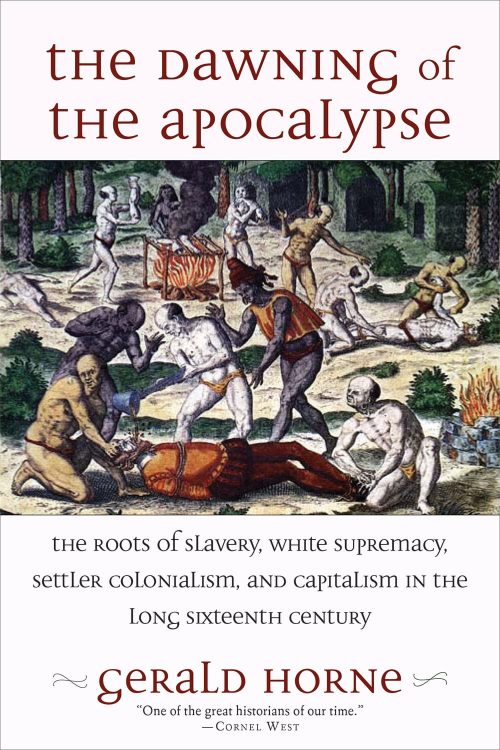 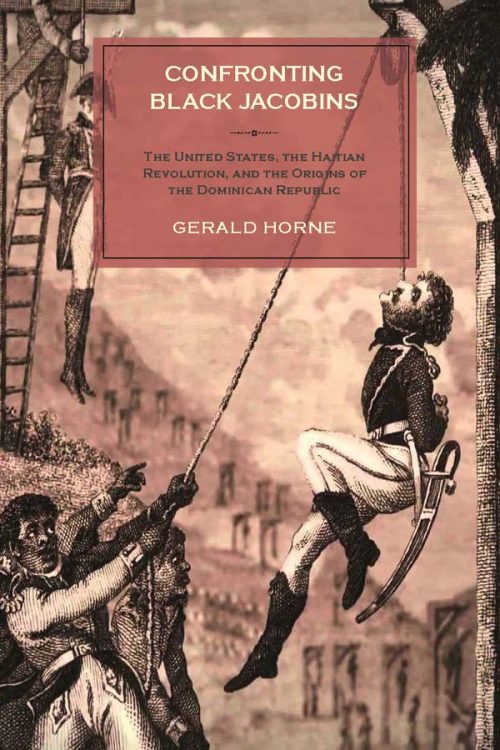 NEW! “Radek: A Novel,” by Stefan Heym (EXCERPTS)
From the hard right and the political parties of Capital, to the crisis of centrism (Marxist Education Project features ‘Socialist Register’ 2022)