Dear Reader, we make this and other articles available for free online to serve those unable to afford or access the print edition of Monthly Review. If you read the magazine online and can afford a print subscription, we hope you will consider purchasing one. Please visit the MR store for subscription options. Thank you very much. —Eds.
Reprise
by Harry Magdoff
(Jul 01, 2019)
Topics: Imperialism Marxism Places: Global 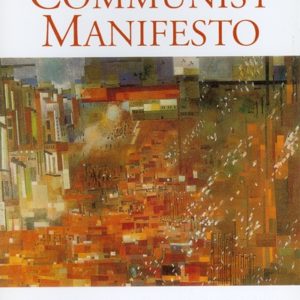 Probably the passage in the Communist Manifesto most frequently cited these days is a portrayal of the global spread of capitalism:

All old-established national industries have been destroyed or are being destroyed. They are dislodged by new industries, whose introduction becomes a life and death question for all nations, by industries that no longer work up indigenous raw material, but raw material drawn from the remotest zones; industries whose products are consumed not only at home, but in every quarter of the globe. In place of the old wants, satisfied by the productions of the country, we find new wants, requiring for their satisfaction the products of distant lands. We have universal interdependence of nations.… All nations, on pain of extinction, [are compelled] to adopt the bourgeois mode of production; it compels them to introduce what it calls civilization into their midst, i.e., to become bourgeois themselves. In a word, it creates a world after its own image.

Certainly, the history of the past half-century has more than confirmed that the trend described 150 years ago is still in operation. There is, however, an integral feature of the capitalist penetration just described that is missing from the Manifesto. While capitalism by its very nature lives by accumulation and geographic expansion, it does so in a most unequal fashion. Even though nothing in economics follows strict mathematical rules, there are notable tendencies that are produced by the inner springs of capitalism. An outstanding example of such a tendency is found in the distinct and marked widening of the gap between a handful of rich nations and the rest of the world. The accelerating globalization of our times demonstrates this polarization in no uncertain terms.

Relevant to this commentary is another oft-cited sentence from the Manifesto: “The bourgeoisie, during its rule of scarce one hundred years, has created more massive and more colossal productive forces than have all preceding generations together.” As with so much more in the Manifesto, this point can be made with even more emphasis 150 years later. And yet once again we need to recognize how incredibly uneven is the distribution of the productive forces from region to region. On the one hand, the miracles of electronics; on the other hand, according to the latest United Nations Human Development Report, over a billion people do not have access to safe water. The list of absent productive and collateral forces needed to meet the basic needs of 80 percent of the world’s people is a long and miserable one.

There is much talk these days in radical circles about the need for a socialist vision. Too often that vision is strongly influenced by the material achievements of the rich capitalist nations and the living standards of the advantaged sectors. However, in view of the way capitalism has spread throughout the world as well as in the most advanced nations of the world, it is essential that the vision of socialism focus on a social transformation that will put first and foremost: the empowerment and meeting the basic human needs of the poorest, the most oppressed, and disadvantaged.