Dear Reader, we make this and other articles available for free online to serve those unable to afford or access the print edition of Monthly Review. If you read the magazine online and can afford a print subscription, we hope you will consider purchasing one. Please visit the MR store for subscription options. Thank you very much. —Eds.
by John Bellamy Foster
(Feb 01, 2021)
Topics: Ecology History Marxist Ecology Political Economy Places: Americas Global United States 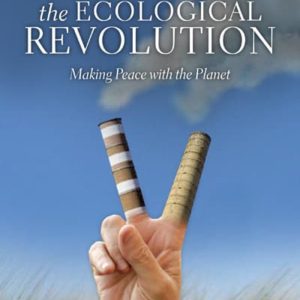 The Ecological Revolution: Making Peace with the Planet by John Bellamy Foster.

This is the preface to the Persian-language edition of The Ecological Revolution, translated by Mohsen Saffari and forthcoming this year from Cheshmeh Publication in Iran.

The Ecological Revolution: Making Peace with the Planet was first published a little more than ten years ago in April 2009, at a time when climate change had already been recognized as a pressing global issue for over two decades, but when there was still hardly any realistic discussion of its connection to capitalism or of the immense ecological and social revolution that would be required to overcome the Earth System crisis.

In order to understand the historical gulf separating that time from our own, it is useful to refer to the account provided in Naomi Klein’s 2014 book, This Changes Everything: Capitalism vs. the Climate. Klein, one of the leading figures in today’s global climate movement, recounts that April 2009 was the “precise moment when I stopped averting my eyes to the reality of climate change.” She attributes her awakening to an encounter that month with Angélica Navarro Llanos, Bolivia’s socialist ambassador to the World Trade Organization. Navarro Llanos convinced her that global warming was by far the most pressing and momentous issue of the twenty-first century, and that any attempt to address it would also require vast, radical changes in human society.1 Still, few people in spring 2009 saw the true seriousness of anthropogenic climate change for the world economy, or the existential crisis it entailed. Although the planetary emergency arising from fossil fuel combustion had been spelled out for decades by the world scientific consensus, what was still generally lacking was a deep understanding of how this was related to capitalism as a system of accumulation.

Indeed, in 2009 there was still a widespread belief even on the left that the United Nations climate negotiations in Copenhagen that year would take the necessary steps to begin to resolve the climate crisis. However, such illusions regarding the system were to be stripped away in December 2009 with the total collapse of the climate talks. As Klein recalled: “I have come to think of that night [when the complete failure of the Copenhagen negotiations became apparent] as the climate movement’s coming of age: it was the moment when the realization truly sank in that no one was coming to save us.… It really is the case that we are on our own and any credible source of hope in this crisis will have to come from below.”2 The problem of course was that all the talk about limiting climate emissions had proven to be so much hot air as long as fossil capital reigned unchallenged within the world economy. Either the peoples of the earth would organize to fight for solutions going against the logic of capital accumulation, or the future would be one of unending catastrophe—even a kind of exterminism—on the planetary level.

In the next few years, following the Copenhagen debacle, there was a sudden outpouring of analyses of capitalism versus the climate.3 Yet, very few thinkers at that time adopted the view that an ecological and social revolution, transcending the whole political-economic regime, represented the only genuine alternative for humanity. It took a full decade from 2009 before an upsurge in the world climate movement in 2019 led to the widespread sense that it was time to leave the burning house of twenty-first-century capitalism. This sea change occurred as a result of the dire warning of the Intergovernmental Panel on Climate Change in its 2018 special report on Global Warming of 1.5°C, indicating that net carbon emissions needed to be decreased by 45 percent below 2010 levels globally by 2030, reaching zero net emissions by 2050.4 The result, once the significance of this sank in, was an unprecedented grassroots climate mobilization. Millions of people entered the struggle in a youth-led movement inspired by Greta Thunberg, through the massive resistance organized by Extinction Rebellion in Britain, and with the rise of the political struggle for a People’s Green New Deal aimed at a just transition.5

Yet, even today, the full enormity of the ecological problem is often downplayed in a global environmental movement that is understandably focused on the perils of climate change, but in the process falls into the trap of downplaying the crossing of numerous other planetary boundaries, including: species extinctions, disruption of the nitrogen and phosphorus cycles, ocean acidification, destruction of forest ecosystems, loss of freshwater, and the global proliferation of toxics, each of which constitutes in itself a global ecological crisis.6 In the face of COVID-19, the full dimensions of capitalism’s creative destruction of what Karl Marx called “the universal metabolism of nature,” encompassing everything from the threat of periodic pandemics to the rift in the climate, are now clearly before us.7 Moreover, it is becoming increasingly apparent that these calamities do not fall on humanity evenly. Rather, due to a long history of capitalism, colonialism, and imperialism, and the attendant inequalities in race, gender, and class, the worst effects of the planetary emergency fall disproportionately on those most vulnerable in every society and at the global level.

At the barbaric heart of late capitalism is late imperialism—both economic and ecological. This can be seen in what has been called “Imperialism in the Anthropocene,” visible in the global war over fossil fuel, water, and other resources, and starkly evident in the U.S. targeting of states such as Venezuela, Iran, and Russia.8 The struggle to create an eco-social revolution depends on the emergence of a new planetary-wide ecological socialism, particularly in the Global South with the rise of what could be called a revolutionary environmental proletariat, but extending to the entire world system.9

All of this highlights the continuing importance of the argument originally presented in The Ecological Revolution. The book was divided into three parts: “The Planetary Crisis,” “Marx’s Ecology,” and “Ecology and Revolution.” This made for a somewhat awkward structure, as Part Two, which consisted of five chapters on Marx’s ecology and the critique of capitalism, represented a theoretical discussion dividing off the concrete treatment of the planetary crisis in Part One from the expression of the need for an ecological revolution spelled out in Part Three. Yet, it was the theoretical elaboration of Marx’s ecological analysis as an integral part of his entire materialist critique of capitalism that provided the deeper insights on which the rest of the book rested, helping to explain why the planetary crisis required a planetary revolt. The key was understanding “the irreparable rift in the interdependent process of social metabolism” intrinsic to capitalist production, and hence the absolute necessity for the “restoration” of that metabolism and the promotion of a world of sustainable human development.10 This could not happen by some simple process of linear progress, in which socialism simply carried forward from capitalism, but would require a “reversal ” of “existing trends” coupled with new creative relations to society and nature through the transformation of production.11

No one who takes the Earth System emergency seriously today doubts that the changes required are revolutionary in scale. Nor is this simply a question of a technological revolution. What is needed is an ecological revolution in the sense defined by environmental historian Carolyn Merchant, as consisting of “major transformations in human relations with nonhuman nature,” associated with “contradictions that develop between a society’s mode of production and its ecology, and between its modes of production and reproduction.”12 That this is indeed possible on the vast scale required today is in large part due to the destructive and wasteful character of the monopoly-capitalist system, which has long ceased to conform to anything that could be called human progress—except in an abstract, virtual-world sense—and which leaves untold devastation behind it. It is the wasted resources, the irrational exploitation, and the continuing destruction of the conditions of a viable society that tell us there is enormous space for collective, egalitarian, and sustainable solutions to the world’s problems, enhancing individual human development in a complex dialectic with collective human development.13 Reversing the negative trends enforced by today’s catastrophe capitalism and going on to construct a path of sustainable human development dedicated to substantive equality and ecological sustainability is the only way forward for humanity. This is the mountain we must climb.